Seagoingmanatee and Pwootage want to be the very best Minecraft modders, like no one ever was. The two – along with their growing team – are hard at work with Pokémob, a mod that will bring the world of the original Pokémon – including the gyms, towns, the 151 monsters and even gameplay – into Minecraft. 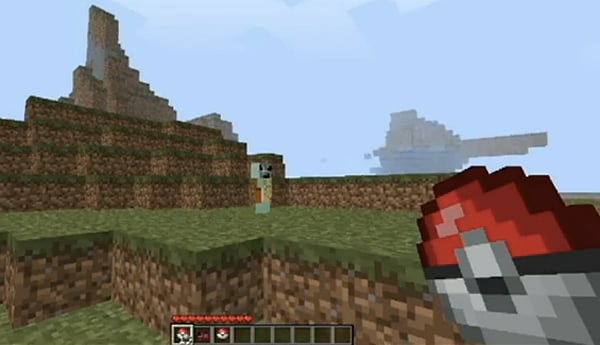 I bet some of you fainted just from seeing that screenshot alone. Oh you’re still standing? Pokéball action in Minecraft! I choose you!

And yes, you can craft Pokéballs! Also, in place of an axe, the first thing you’ll have to craft in Pokémob is a Pokédex. You’re still not nerdgasming? Technabob uses Pokémon evolution!

As you can see, the mod has still a long way to go, but I’m sure a super effective mash-up like this will attract many helpful fans. Also, pardon my misleading title but it seems like you’ll have to catch Pokémon the old way. It wouldn’t be much fun if you could craft them would it? Or maybe it would. Here’s one final look at the mod:

Visit the Pokémob official website if you want to help Seagoingmanatee and Pwootage finish the mod, particularly with making character models for the original 151. They should make the Creeper an honorary Pokémon.