Those Angry Birds may be angry, but their sticky sweet theme song is anything but reflective of the aggressive avians. Perhaps its time for the Angry Birds theme song to get an edgier makeover. 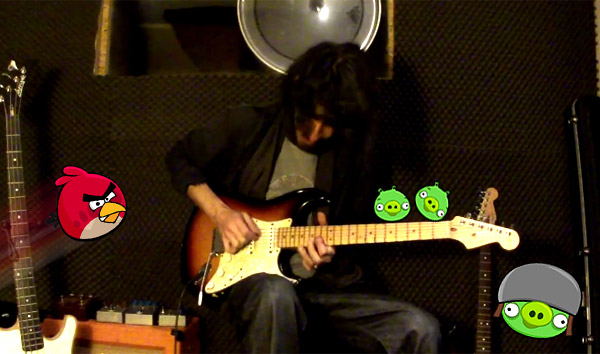 Guitarist Julien Brasart has previously kicked out one of the best Star Wars medleys I’ve ever heard, so when he sent me the link to Angry Birds on electric guitar, I was happy to give it a listen. So without further ado, I give you… Angry Electric Birds!

Now wasn’t that better? It seems at least a little more appropriate to me. Still, I wish the green piggies had their own “dark” theme song, sort of how Darth Vader has the Imperial March.