Ah rubber band guns! There’s something cool about making something so complicated to launch a barrage of rubber bands. Check out this rubber band gun [JP] made by some Japanese genius, based upon the FN P90, a Belgian submachine gun. 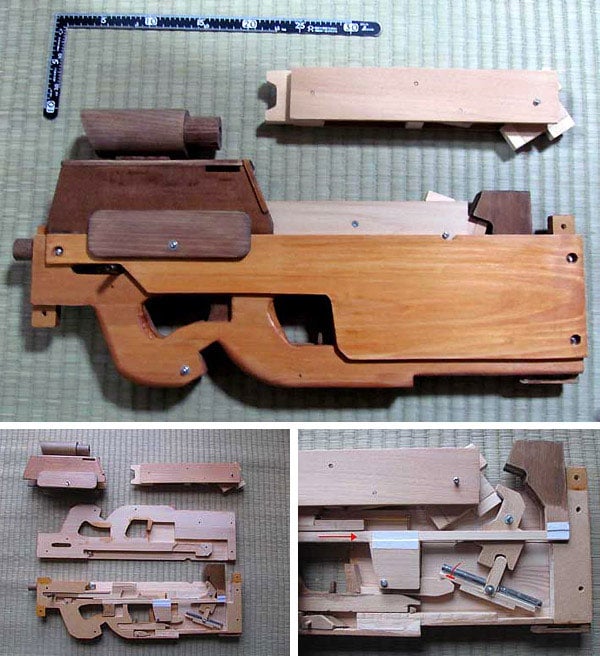 Just like the real gun, the rubber band magazine is mounted on the top. There’s a clever gear of sorts that interconnects with the gun and feeds it rubber bands. There’s even an indicator to tell how much “ammo” you’ve got left. The whole gun is made out of wood and it looks pretty compact.

Inside, there’s a complex mechanism to allow you to shoot as many rubber bands as you want. Check it out in action in the video below:

I wouldn’t go parading this around though, it’s likely you’ll get arrested for carrying something that looks so dangerous.