I don’t know what to make of George Lucas. He pisses me off with the changes to Star Wars he keeps making with each release. The Blu-ray version of the flicks are coming out on September 16 and I know I will buy them changes or not. Lucas had promised that changes would be in store, but one change is really shocking. 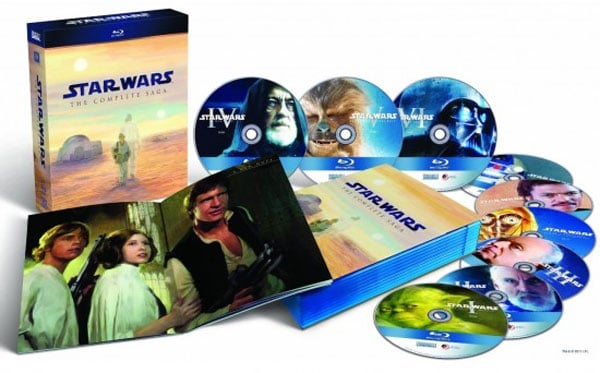 If you grew up on the original flicks as I did, you know that many of the changes made in the refresh before the last three films were not great. I don’t care that Han shot first in the original, here in Texas we are allowed to shoot first if we feel threatened and Han had more than a little Texas in him. It bothered me that Greedo shot first in the refreshed flick as did the tiny Jabba the Hutt sliding around.

Lucas has now confirmed one of the changes to the Blu-ray version of Return of the Jedi. In the pivotal scene of the entire franchise when Vader turns from the Dark Side in the original he tosses the emperor to his death in silence surprising us all. In the tweaked Blu-ray version Vader screams, “No!, Nooooo!” before tossing the emperor over. George, what’s with easing the tension in that scene so much? Are you hoping geeks that grew up on the franchise like me will be more likely to take our kids with less tension in the films? I’d rather explain what happened in that scene than why Luke makes out with his sister.