I carry my iPhone in a case with two zippered compartments to hold the earphones and the AM/FM radio tuner that I use with the player regularly. I also have the habit of stashing a few bills or so here and there when I don’t have time to properly stash it in my wallet.

One case that (almost) eliminates the need to carry around your smartphone in a pouch is the Elasty iPhone Case. 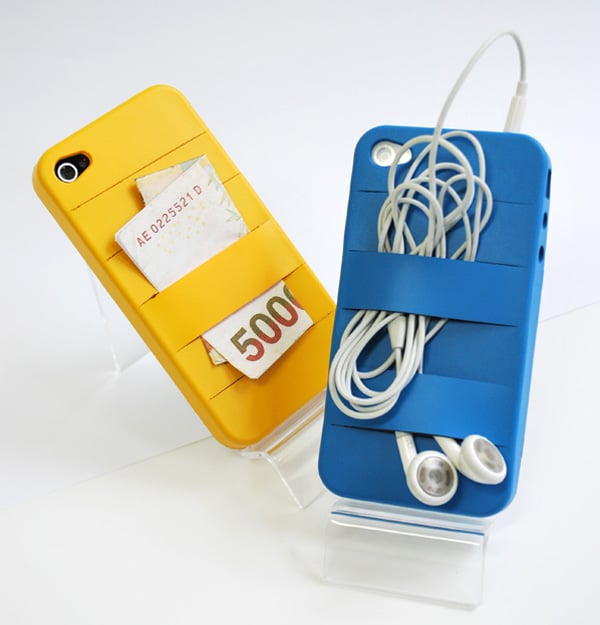 It was designed by Korea’s Yoori Koo, who probably took inspiration from rubber bands and turned it into a silicone iPhone case. Aside from encasing your iPhone to protect it from scratches (but mind you, not from water), you can also squeeze your earphones, credit card, bus pass, fare, and other tiny and preferably thin objects onto the back.

It won’t add much to the appearance, but it won’t take away too much either. I think it’s a pretty neat idea, and apparently a lot of other people do, too, because the Elasty actually won in the Korean Belkin Design Awards.