It’s not enough that this 6-foot-tall LEGO Batman looks totally awesome, but the fact that it was built by a 13-year-old makes it even more impressive to me. Maybe it’s just that when I was a kid, my LEGO building abilities were pretty much limited to whatever the picture on the box showed. And when I was a teenager, there’s no way I had the attention span to do anything so complex. 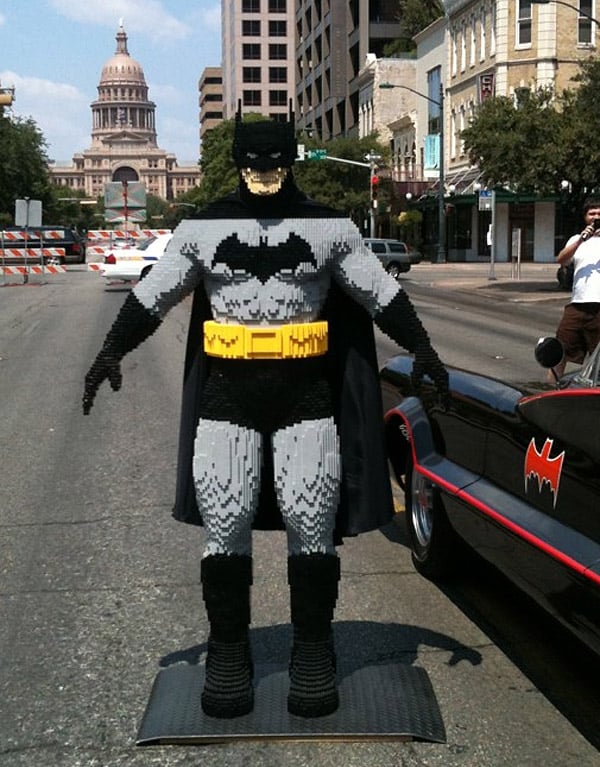 LEGO fanatic Evan Bacon built this life-size Batman using somewhere between 15,000 and 20,000 bricks (I guess you start to lose count at those sort of numbers), and took him about 3 months to build it. 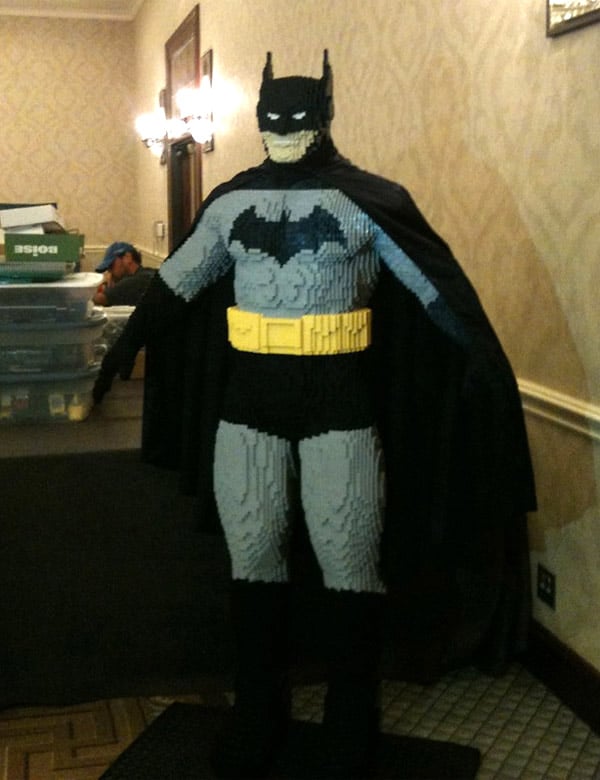 While it does look foreboding, LEGO Batman actually weighs only 60 pounds, since his insides are hollow. Something about a full-scale Batman that’s light enough to carry around with you that makes it even more special. Heck, as you can see from the photo below, even Adam West himself was impressed. 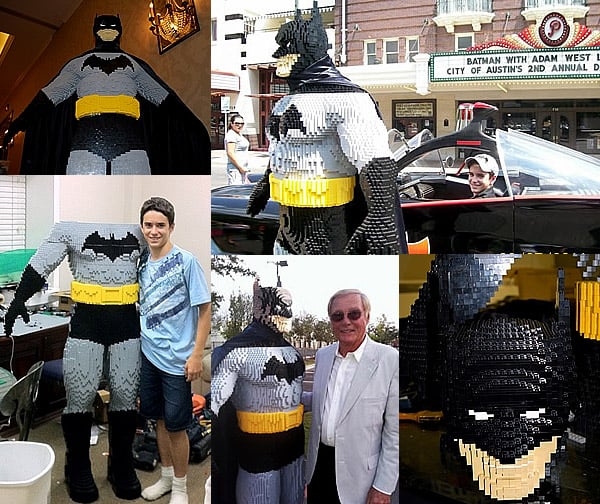 Evan’s Batman creation actually won three awards at the Austin, Texas Brick Fiesta this Summer – clearly well deserved in my opinion. Check out more pictures over on Evan’s website BaconBricks and on yfrog.