Do you think the Star Wars franchise will ever run out of product licensing ideas? I sure don’t. The latest in a long, long line of official Star Wars merch is this version of the board game Operation, and the patient in need of medical help this time isn’t that chubby naked dude with the light-up red nose – instead it’s R2-D2. Yeah, I know that seems wrong, given the fact that C-3PO seemed to always be in pieces, and R2 was the resilient droid. 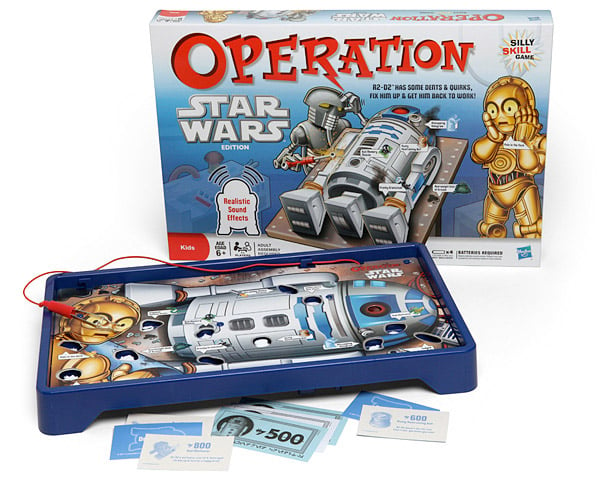 Still, droid surgery sounds kind of fun, and Hasbro makes it a little more entertaining by replacing the old Operation buzzer with “Realistic Sound Effects” (as realistic as a fictitious droid from a galaxy far, far away can be.) 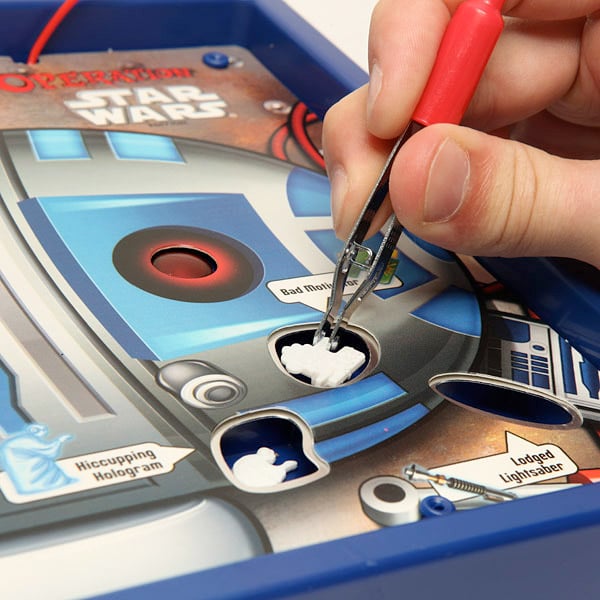 Well, at least 3PO gets a little screen time with a couple of small malfunctions to repair, but nothing quite as dramatic as “limbs severed and stuffed in a backpack.” That’s one malady I’d like to see you fix with a pair of tweezers. 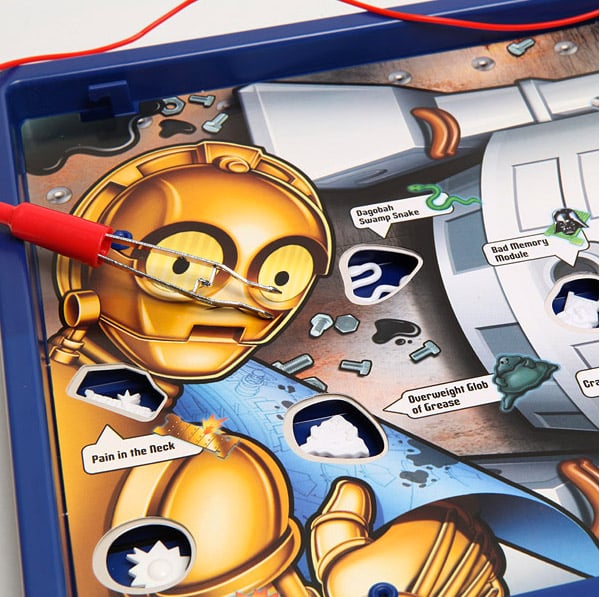 Star Wars fans who need just one more item to round out their collection (this week) can head over to ThinkGeek, and order this special droid edition of Operation for $29.99 (USD).