20 Years of Service at Nintendo Gets You a Mario Statue

After so many years of service, most companies will give you a watch. Heck, these days they may just fire you instead as thanks for your service or give you nothing. Nintendo however, does something special for it’s employees after 20 years. The company gives them a cool Mario statue as a way of saying thanks. 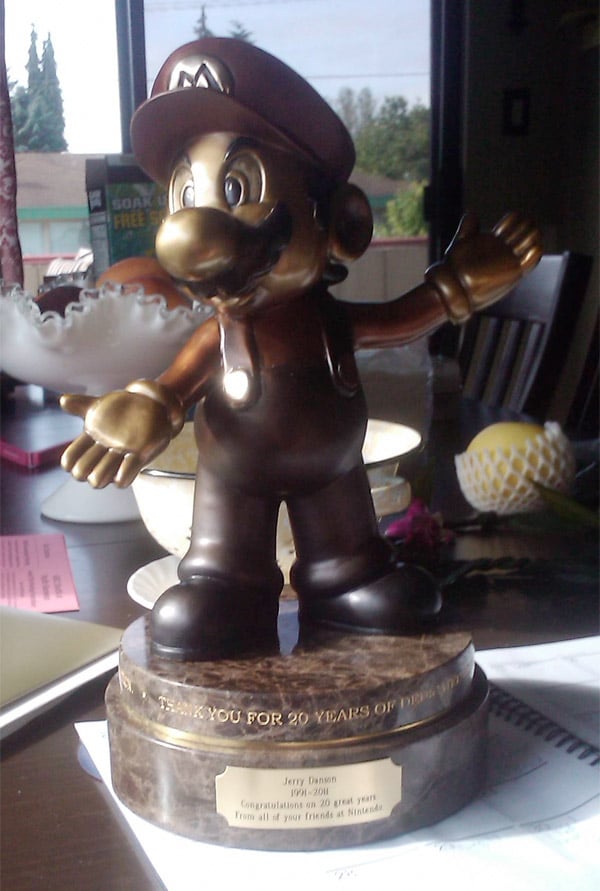 The statue shown above belongs to Jerry Danson, Senior Manager of Systems and Engineering, who joined Nintendo in 1991. Now he has a cool toy for his desk. I’d love to see what one of these would fetch on eBay.

Makes me wonder if you get a Wario statue for being let go. The image was removed from imgur soon after it showed up. I guess Nintendo doesn’t like others looking at their toys.