Here in the U.S., Android fans may already be taking the ability to rent flicks from the Android Market for granted. It’s a slick little system Google has in place that lets you watch from multiple devices over a set period of time. 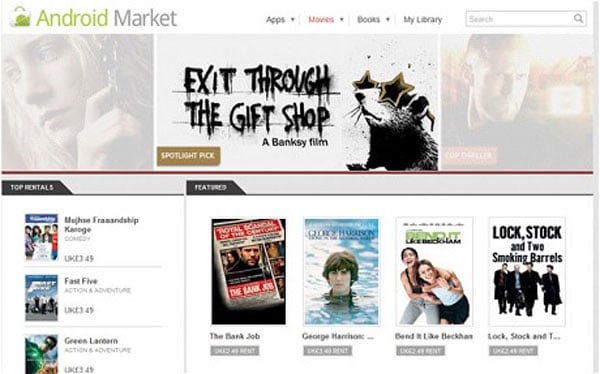 Some geeks in Europe wanted the ability to stream movies so badly they resorted to hacks. Thankfully, you no longer have to use a hack to stream from the Android Market in the U.K. Google has announced today that the Google Video app is now working in the region. Android users can now get access to 1,000 different movies with rentals starting at £2.49.

The thing I like about the Android Market for rentals is that you can buy the flick and you have 30 days to watch it. That way you don’t rack up late fees if you forget about it or don’t have time to watch. Once you start to watch the movie, you have 48 hours to complete the movie. You can also watch the same movie on any device that can access the Android Market including computers, tablets, and smartphones.