DARPA has had some wild ideas, but any time I hear something from the agency that seems really improbable, I don’t discount them completely. Those cats at the Defense Advanced Research Projects Agency have a way of making the improbable into reality. One of their latest projects is a satellite called Phoenix. 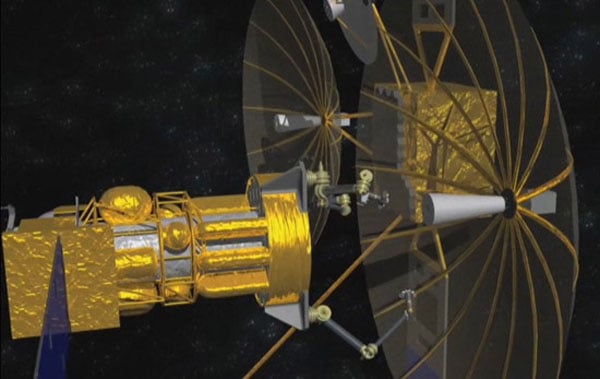 Phoenix is intended to cruise around up in orbit, targeting satellites that have failed. The idea is that on most of the satellites that aren’t working, the issue may be with one small part leaving the main antenna dish, solar panels, and other large parts perfectly functional. The catch is that you can’t just shoot a repairman up into geosynchronous orbit to fix these satellites.

This is where Phoenix comes in. This sub-component of a satellite (or “satlet”) would find those up there that aren’t working, and link up next to the defunct satellite, detaching defective components, then attaching itself to the working parts to build new satellites in orbit. Phoenix would need to be able to cut through the metal outside of a satellite and reach the sensitive innards to take them apart. The actual disassembly would likely be done by a person on the ground using a telepresence system.