Spider Robot is Creepy, But Helpful

The disaster in Japan early this year showed people that robots are often needed in the wake of a massive catastrophe like the tsunami and earthquake. When the nuclear plant started to meltdown and radiation leaked out, humans couldn’t get to the plant to help, so robots were brought in. This shined light on the fact that highly mobile and small bots were needed to assist in emergencies. 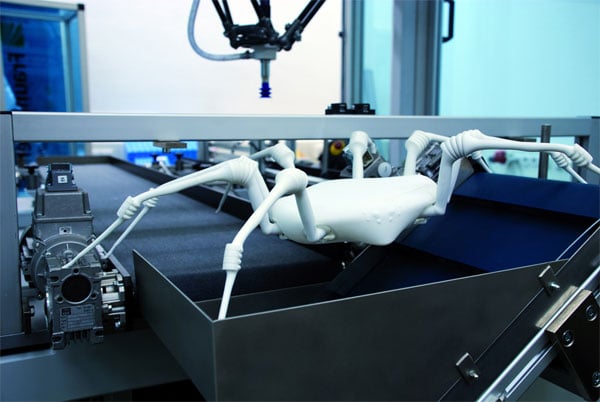 The Fraunhofer Institute has unveiled a new design for a robot that looks like a spider. The ‘bot is highly mobile and uses hydraulics for powering its legs. Each leg has a bellows system that forces fluid into the legs to make the robot scurry about.

Some versions of the spider ‘bot can even jump. The robot is intended to be used to help locate gas leaks or to check areas where humans can’t venture due to tight spaces or dangers like radiation. The researchers think the robots will be relatively cheap to produce as well, making it easy to use in situations where the robot might not be able to return.