Despite what I’ve learned from video games, I actually think I like my chances of running away from a flamethrower-wielding villain versus one armed with a loaded gun. But that didn’t stop one hacker from building a flamethrower that looks like a pistol. 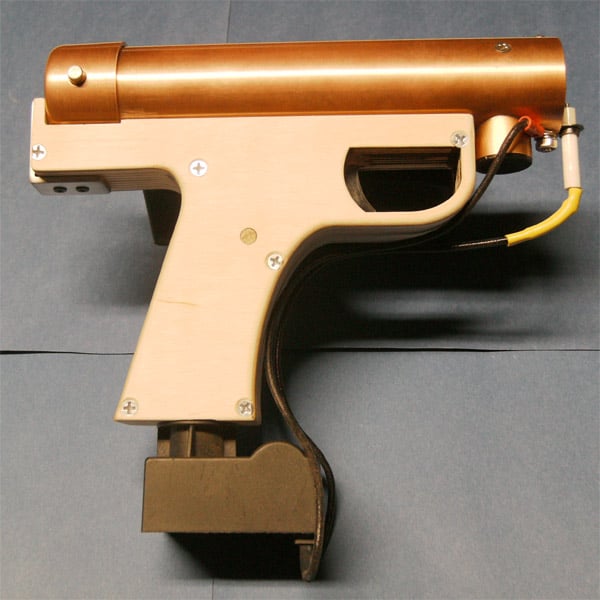 Made by Instructables contributor PDRWLSN, this flamethrower pistol looks like it could still do some pretty major damage, especially if you’re within a couple of feet of its flame-shooting barrel. He made it using various bits of copper tubing, plywood, some laser-cut acrylic parts, butane, and the pulse-ignitor from his gas grill to start the fire burning.

And while readers over on Make: have been quick to point out the dangers of spraying burning hydrocarbon into the atmosphere, you shouldn’t be playing with such a device if you’re not a little bit of a risk-taker.

I love how he uses it to melt snow off his barbecue grill. I could use one of these this winter for sure. I’m betting that we’ll have another blizzard or two this winter here in Chicago. And if not, I could still use one to hold back the impending zombie invasion.