It’s barely been a week since The Elder Scrolls V: Skyrim was released, but the benefits of owning it on the PC are already becoming apparent. Some Xbox 360 players are ridden with texture issues, some PS3 players are wracked with the more game breaking save file glitch. Meanwhile PC users are starting to get mods and hacks like this one, which lets players zoom all the way in on the in-game map. 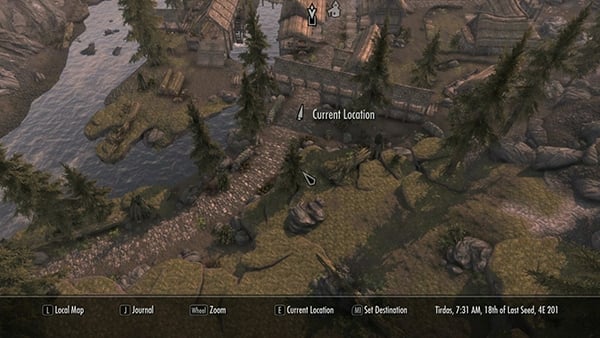 I don’t plan on getting Skyrim before the PS3 bug is worked out, but thanks to videos online like this one I do know that the world map in the game is a 3D version of the game’s world, making it easier to correlate your position when viewing the map. But a handy tip posted at the Skyrim Nexus by a Dovahkiin named Mikanoshi makes the map even more useful. By tweaking the Skyrim.ini file, you’ll be able to zoom in all the way while viewing the map:

Enter noclip mode and fly to Skyrim Nexus, where the instructions are located. Again this is only for the PC version only, but since it’s just a tweak I hope Bethesda can add it to the console versions too in a future patch.