Vstone RPC-S1 Robot Has its Big Googly Eyes on You

Real robots are far from cheap, and usually they are big and bulky so that they can be used for research and manufacturing. Not all research bots are massive things though, some are small like the new RPC-S1 (JP). 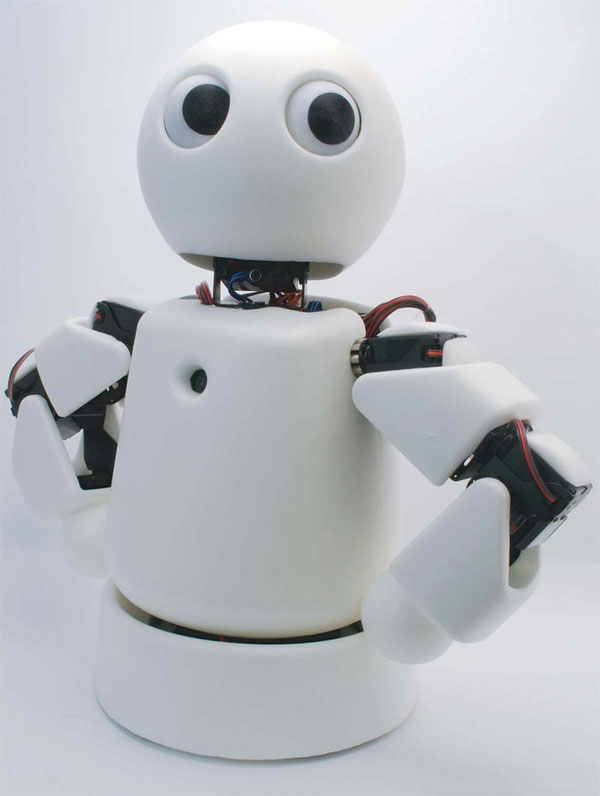 This 12-inch-tall robot is similar to another offering that Vstone, called the M3-Synchy. There are key differences though. For instance, the new S1 is said to have a less complex and smoother head. Another key difference is that the S1 has eyes that can move independently of the head. That means it can track you creepily with just its googly eyes. 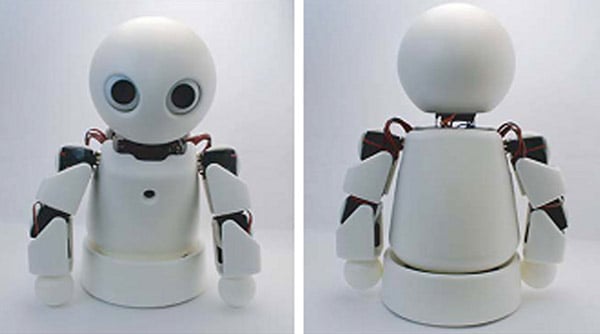 The RPC-S1 is a small robot with no legs and the arms have 17-degrees of freedom. Inside its flexible foam-encased body is an embedded PICO 829 computer (based on the Intel Atom Z530), and ARM7 chip, and a single 1.3MP camera for image recognition. It also has dual microphones for voice recognition and a speaker. Pricing for the RPC-S1 robot is unknown.