I’m always amazed at the stuff that people are able to do with 3D printers, especially now that makers are able to build their own and the technology isn’t just in the hands of the big corporations. These 3D printed mini-figurines are designed to play tabletop wargames, including Warhammer 40K. 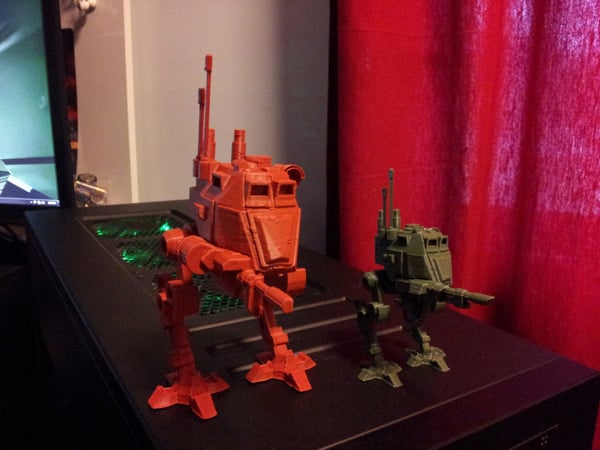 These particular designs were made by Thingiverse user 3dYeti. They were created using a hobby-scale desktop 3D printer, like the MakerBot. They kind of remind me of AT-STs from Star Wars. Other than the banding effect which is common in 3D printing, these miniatures look almost as good as the ones made by traditional modeling methods. 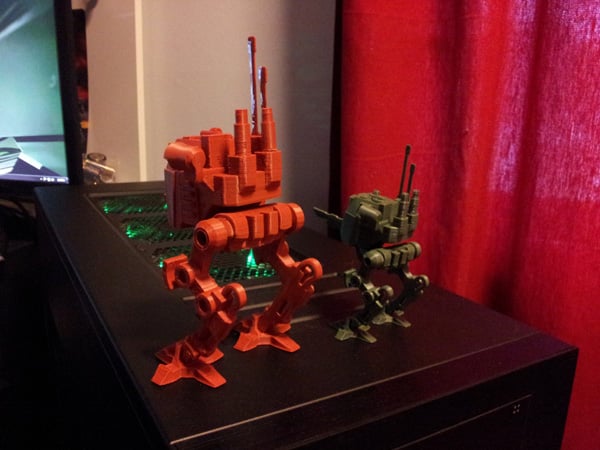 Want these, but don’t have your own desktop 3D printer? You can always use a 3D printing services, such as Shapeways, so you can have access to their fancy high-resolution Selective Laser Sintering rapid prototyping machines. Just upload the designs, pick your materials and pay. 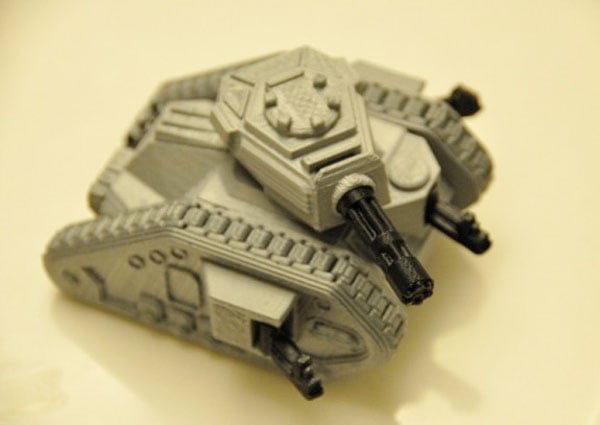