I am still able to resist my destiny as a dragonborn, and hopefully I can hold out until the scary PS3 memory issue is fixed. But the Internet is draining my Anti-Skyrim field, as it’s riddled with all sorts of cool stuff about the game, like this funny glitch that lets your follower wield a powerful giant’s club. 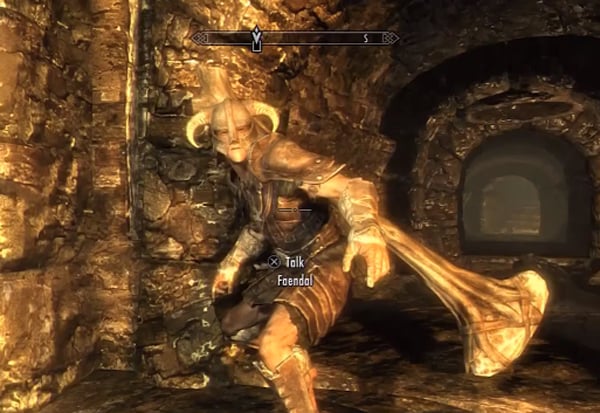 The trick was found by tricky YouTuber Trix. You can find the giant’s club – the weapon, I don’t know if there’s a disco or an association of large people in the game – in a nondescript camp in a mountain that’s located roughhly between Whiterun and Windhelm. The thing is, you can’t pick it up, but your follower can. Watch the video to see all sorts of living things being giant’s clubbed.

In case you missed it, Trix mentioned something of note in the video. You can access the weapon early in the game, meaning you can have fun with it right away, but since the club’s damage rating scales up with your level, you’ll get a much stronger club if you wait until you’re a higher level before picking it up. Who knows, maybe at level 81 your follower will be able to send enemies flying through the air.