If you have kids and they’re anything like mine, they are apt to bust out singing and dancing at any given moment to some sort of soundtrack in their heads. One episode of Dancing with the Stars, my daughter danced with her cat and after a talk about how kitty’s legs don’t move like our arms, poor ol’ Cutie still fears music. 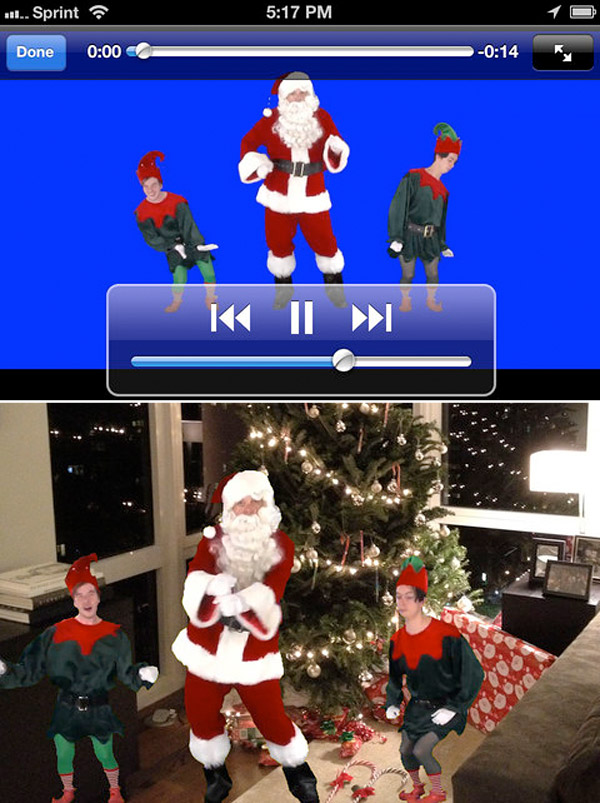 The point is, I end up with a lot of video of my kids doing weird things dancing around. I bet most parents have a bunch of that stuff too. If you want to turn some of those dancing videos into holiday vids you can share, Reel Doozy is a new iOS app that will let you. The app uses green screen tech to superimpose Santa, elves, or that Keenan Cahill kid from YouTube in the video dancing with you. 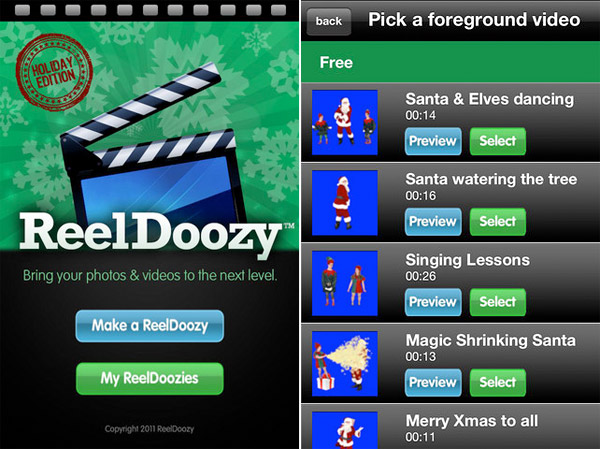 The app lets you upload the videos you make to YouTube, Facebook, and email them as well. The app is free and you can get the first four video foregrounds free as well. Grab the app on the iTunes App Store now if you want.