e-Urinal Gives You a Check-up While You Pee

We’re all strapped for time these days. A good illustration of just how valuable time is was shown in that bomb of a movie that starred Justin Timberlake, In Time. In the movie, time had become the currency which was used to pay for stuff, aside from making sure that you were still, well, alive.

I doubt we’ll ever reach that stage, but the point is, time is valuable. Time is money. And time is something we all probably don’t have enough of. 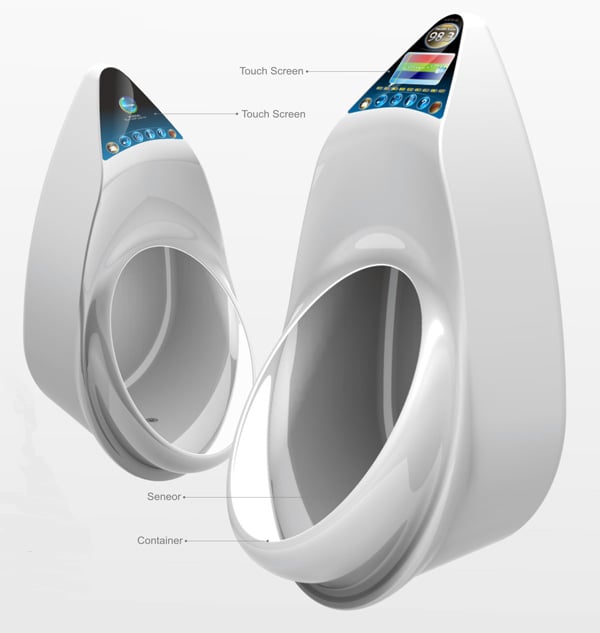 So for the guys, there’s the e-Urinal. This thing will speed you up by checking your urinary health as you pee. The touchscreen fires up as you go, and you can just browse through the different menu and options by tapping (preferably after washing your hands.) So maybe it might also be a good idea to stick a mini sink in there somewhere. 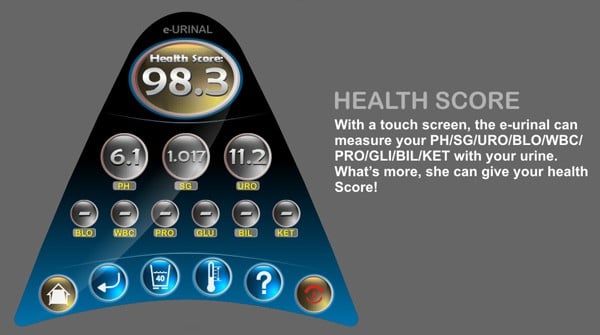 The e-Urinal concept would measure the PH, SG, URO, BLO, WBC, PRO, GLI, BIL, & KET in your pee. That’s a whole lot of stuff, but basically, those are measures of your sugar levels, PH, and red/white blood cell count, among others. It could also store your history so you could check up on your trends over time (assuming you can remember which urinal you used.)

The e-Urinal was designed by Royce Zhang. It seems pretty cool, though it would be much cooler if he also came up with a female version. Hmmm.