The Behringer Backyard Blaster is barely portable enough to be considered mobile tech, it’s more like “luggable tech,” I suppose. It’s slightly smaller than a carry-on suitcase, and comes with a curvy design and rollers as well as a retractable handle. 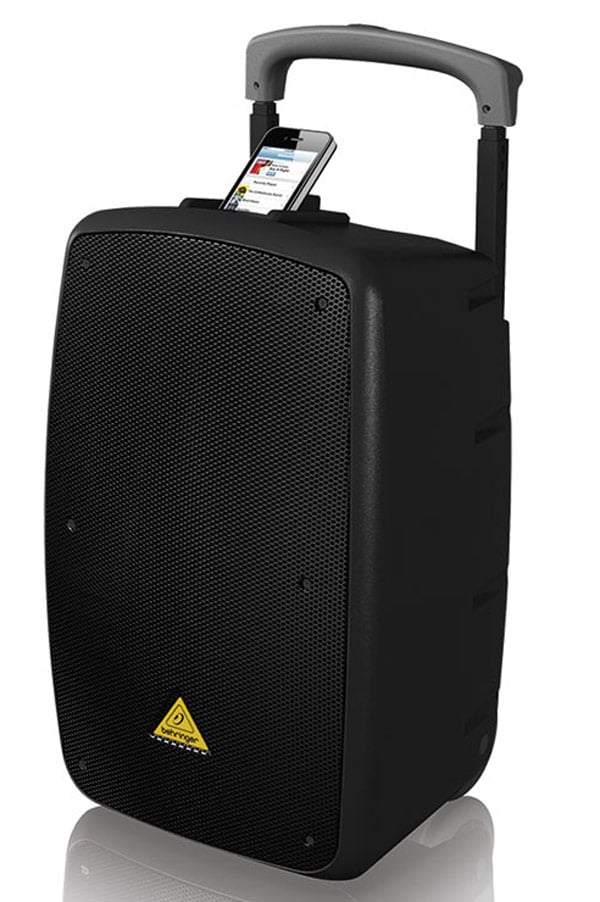 The built-in battery, which must be pretty big, can power the Backyard Blaster for up to 12 hours of use. The whole speaker is supposed to be somewhat rugged, which is good since it will get kicked around a bit at parties. It was made for iPhones and iPods, but other players, including the iPad, will need to use the auxiliary audio input. The blaster even has an integrated microphone from impromptu karaoke sessions.

The Backyard Blaster is being launched at this week’s CES show, and we should know more about a price and release date then.