Watchmaker LAKS teamed up with MasterCard to develop Watch2Pay, a wristwatch with RFID technology. Aside from telling the time, Watch2Pay can be used to make payments simply by holding it next to a scanning device. Why? Because taking your credit card out of your wallet is way too much effort. 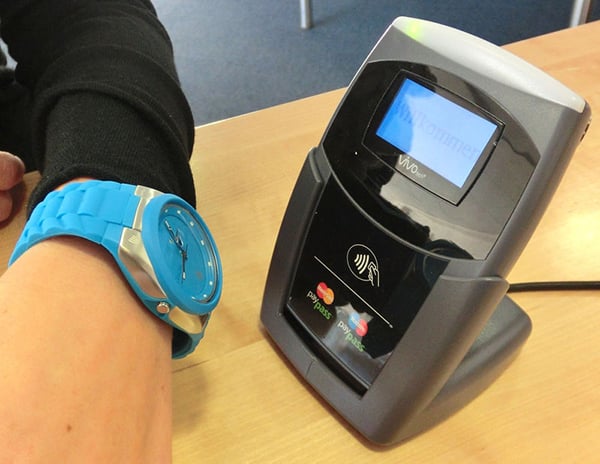 Inside each Watch2Pay is a SIM card that is linked to a MasterCard PayPass prepaid account; it’s the key to the wireless interface between the watch and the reader. For practicality’s sake, each Watch2Pay also comes with a more conventional prepaid card for establishments that don’t have PayPass readers or for when your Watch2Pay is nicked off of you. Watch the video below for a bit more info. Unless you’re a fan of post-hardcore music, my headache and I strongly suggest you put it on mute.

No offense to the band who made that soundtrack, but come on. Whatever happened to bland commercial music? It’s bland for a reason. Watch2Pay is currently available in Poland and in the United Kingdom, where it sells for £99 (~$153 USD). I wouldn’t be surprised if it makes its way to other first world countries. Checkout the official website for more info.