Doctor Who and Link Hockey Jerseys for Time-Traveling Teams

Hey ice boxers – I mean hockey fans! Take five and get a load of the second batch of geeky hockey jerseys by Dave Delisle. After what must have been a successful run of his Game of Thrones and Voltron jerseys, Delisle decided to make Doctor Who and Zelda jerseys. By Zelda of course, I mean Link. 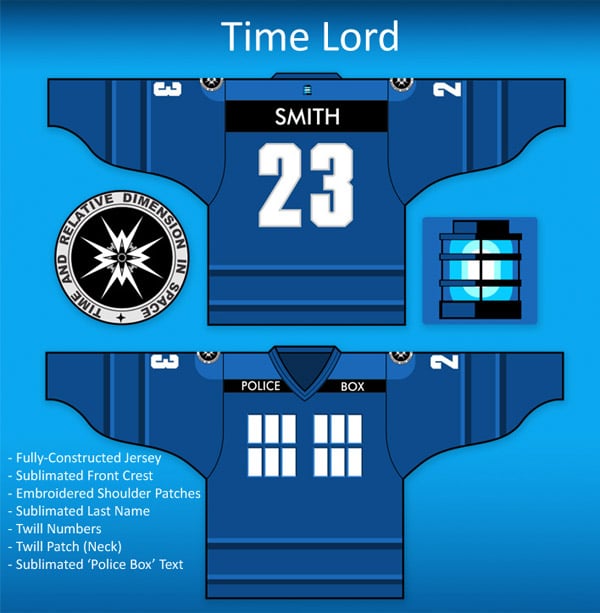 That’s the TARDIS-inspired Doctor Who jersey, complete with Police Box window graphic on the front and TARDIS shoulder patches. I don’t know if it’s bigger on the inside. Below is the Zelda jersey, which I think looks more bad ass, especially with the shield graphic. 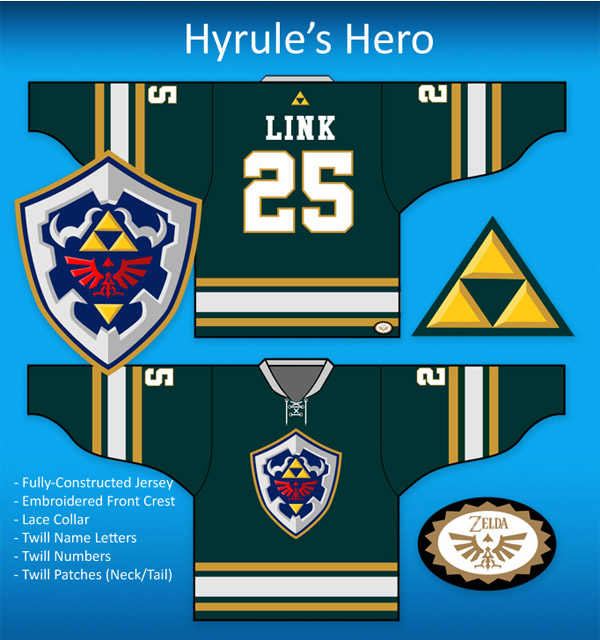 Initially, just like with the first batch Dave had three designs, with the third one based on Battlestar Galactica. Unfortunately for BSG fans NBC Universal sent him a Cease and Desist request, which Dave promptly followed. You can view the banned design on Google’s cache of Dave’s web page if you like. Or we can just be happy with what we have and order the remaining jerseys. They cost $80 (USD) each and will only be sold until January 19, 2012. Head to Dave’s website to order.