Most of us who have a need for a speaker dock for our iPhones or media players already have one. But if you’re among the few who haven’t already invested in one of the myriad docks out there, you might want to check out this unusual dock, built out of an old Atari 2600 console. 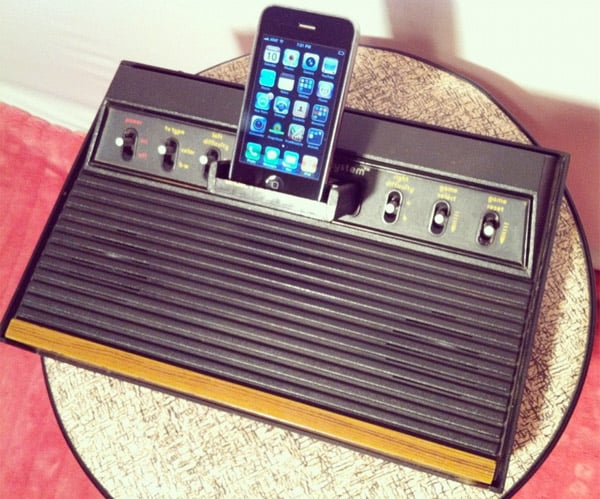 Daniel McLeod of Black Mountain Audio gutted an old Atari 2600 (made back in November 1980,) and replaced its innards with a couple of computer speakers, and added a dock where the cartridge usually goes. It also comes with an external subwoofer, which he wasn’t able to cram inside the console itself. 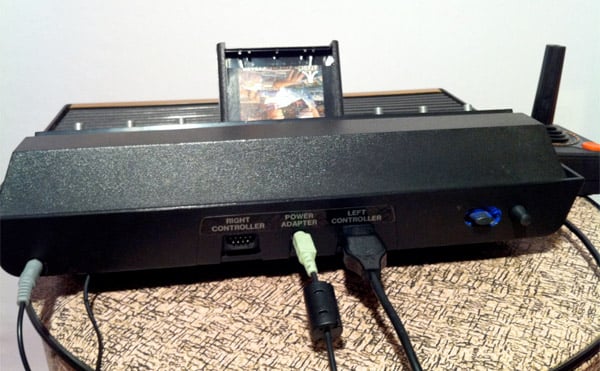 He swapped out the power connector with a 3.5mm jack, suitable for plugging in any media player. While I love the idea of this, I wish that it could actually accommodate a 30-pin dock connector for charging an iOS device. Maybe you could cram one of these in the cartridge slot instead. There also should be some way that you could still play games on it – especially since you can still connect controllers to it. It’s just too tempting. 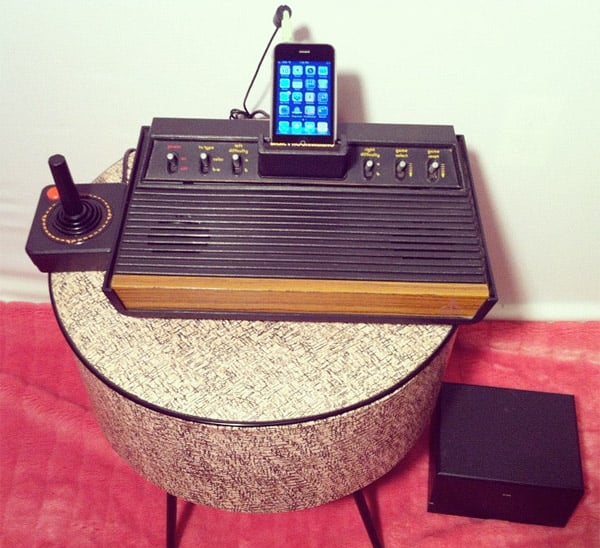 Still, it’s a pretty cool conversation piece if you’re into retro gaming, and want a unique dock for your media player. It’s currently for sale over on Etsy for $100 (USD).