Last spring we talked about a giant LEGO recreation of the Garrison of Moria from The Lord of the Rings. The only thing missing from the setting was official LOTR minifigs. Now it looks like these missing characters are coming soon according to a pic that has surfaced. 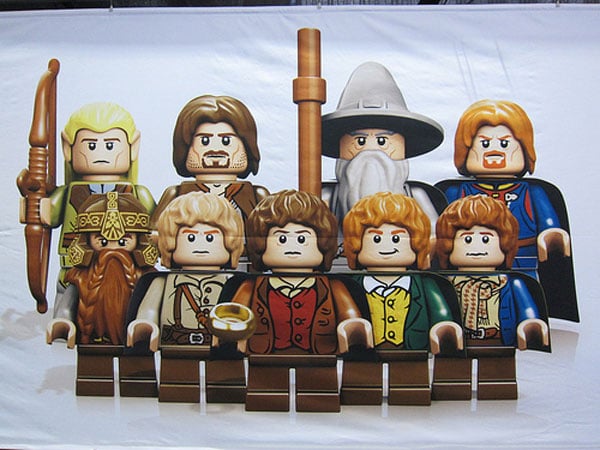 Apparently, a guy from the LEGO site Brickset was at the 2012 UK Toy Fair and while he couldn’t get pics inside the booth to share, he was able to shoot a pic of a photo on the side of the booth showing off the new LOTR minifigs. The photo clearly shows that the entire fellowship of the rings is coming in Minifig form.

We also have a few hi-res LOTR movie-inspired posters here which LEGO was kind enough to share with us recently, featuring Frodo, Legolas and Aragorn in minifig form: 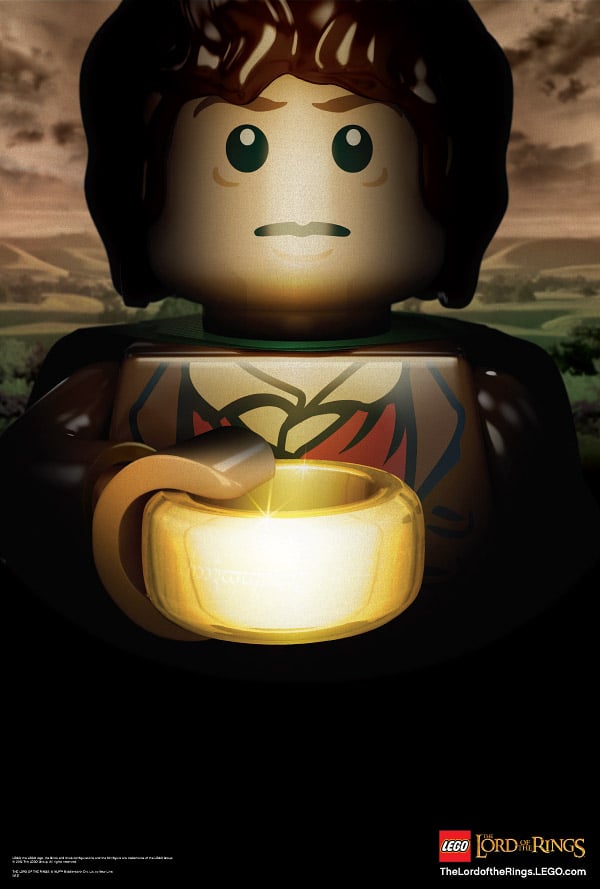 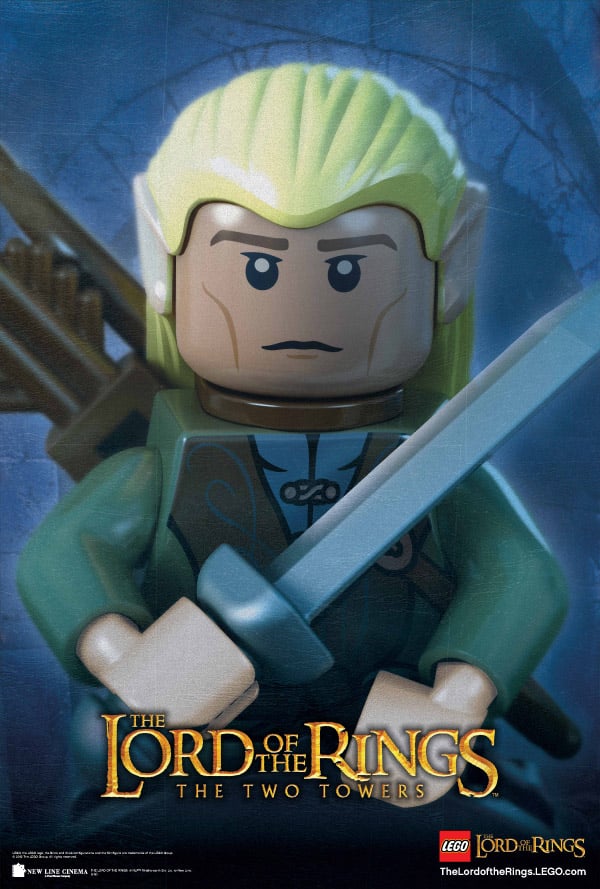 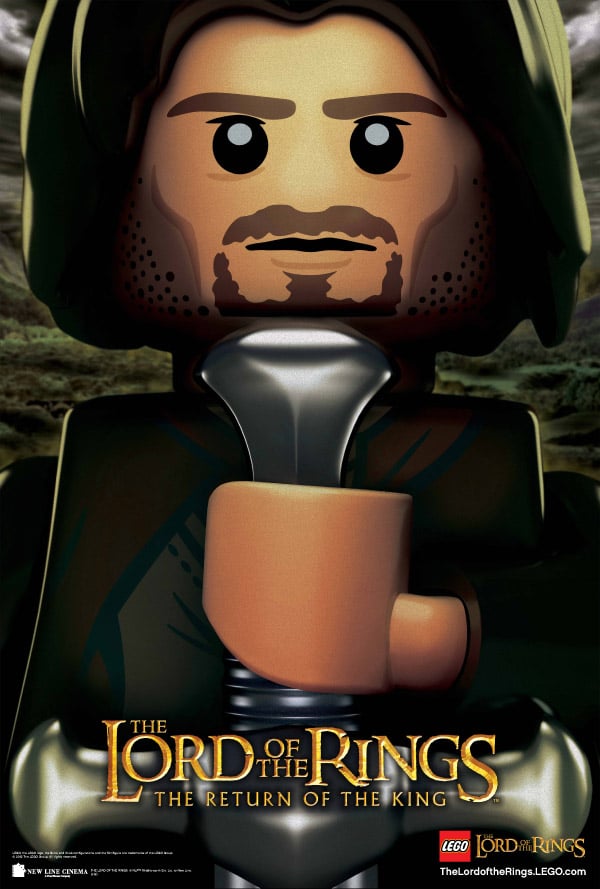 Brickset also reports there are a number of LOTR LEGO playsets coming too, and not just the minifigs. The early pics look really cool, and I bet LEGO fans that also love the films and the books will be salivating when they arrive. I’d keep an eye peeled during the New York Toy Fair in early February for more details to emerge, or bookmark LEGO’s LOTR web page, which indicates that something is coming in Summer 2012.