Napper Clock: Because We Really Are This Lazy

Aside from the usual functions of an alarm clock – telling the time, making you irritated first thing in the morning – the Napper has a one-press nap alarm mode. Just press any of the three nap buttons to set an alarm – the number on top indicates the duration of the countdown in minutes. Alarms set this way will not replace any alarm previously made on the regular setting. 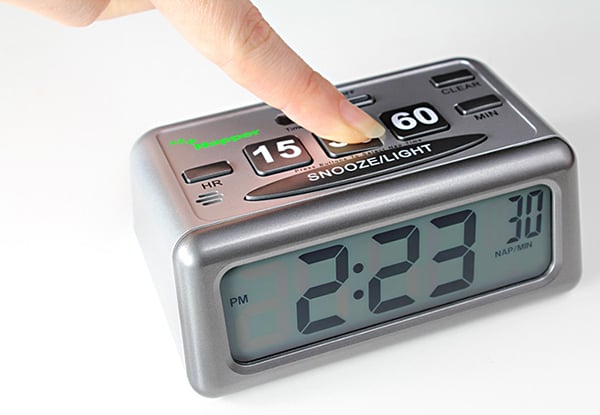 The Napper lets you easily take short naps 15, 30 or 60 minutes in length. I actually nodded off in approval when I saw this product. Then I realized how easy it already is to set up an alarm on my phone. Then I looked at the Napper again and resumed nodding off once more. 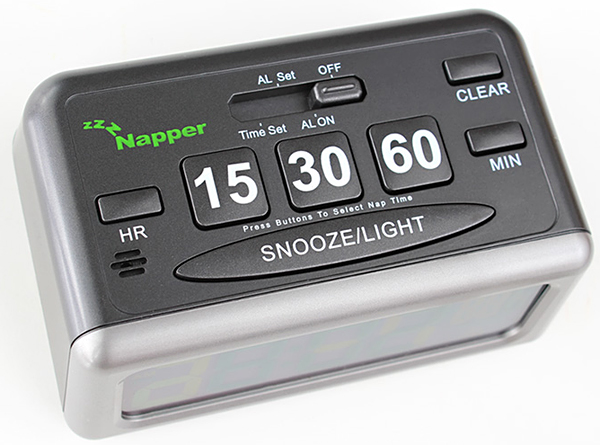 Set an alarm so you’ll remember to order the Napper on Amazon for $15 (USD).