Anyone who’s seen or who knows about Microsoft Surface understands that the idea of a giant touchscreen tabletop is nothing new. Adam Benton’s iDesk concept is simply the Apple-lover’s version of the same expensive tech that’s been available for Windows for some time. While I do think that Surface is extremely cool, the price of these large touchscreens is still out of reach for mere mortals (~$8,400 USD). 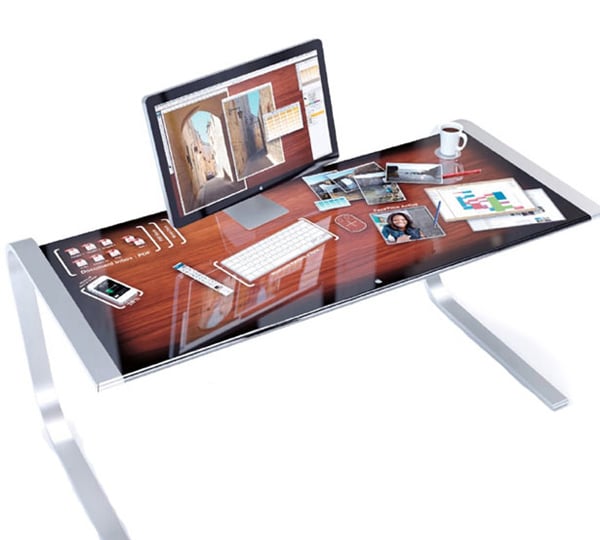 Perhaps if the iDesk is ever produced, it will be more affordable than Surface, but I have my doubts. Regardless, operating a multitouch display desk like this sounds pretty sweet, since it would be capable of not only running apps of its own, but providing you with virtual input devices for your laptop and mobile devices, including keyboards and touch-input surfaces. 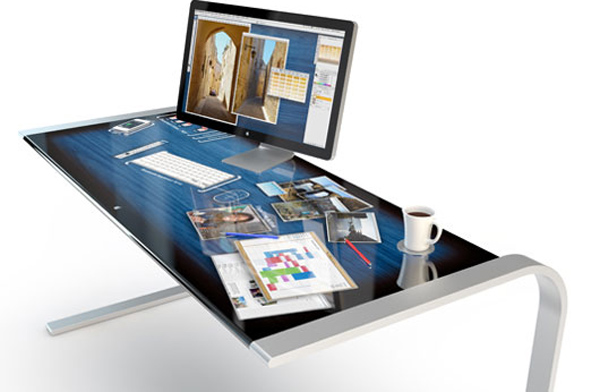 Will Apple ever make something like the iDesk? There are certainly rumors that the next version of the iMac might have a touchscreen, but that’s not been confirmed. If they do, maybe they’ll be able to scale touchscreens successfully larger screens in time, and eventually drive the prices down to make something like this affordable. For now. We just get to look at a pretty concept.