Dymaxion Auto-Matic Buckminster Fuller Radio Would Be Perfect in Fallout

So you’ve created your DIY Pip-Boy 3000, you’ve torn out all of the grass in your yard to get that wasteland look, and your house now looks like a run-down shack. You’ve even painted some bottle caps to say Nuka Cola and spread them around. You’re almost ready to play Fallout in real-life. Almost. And as the guys at Geekosystem were kind enough to point out, you just need this radio. 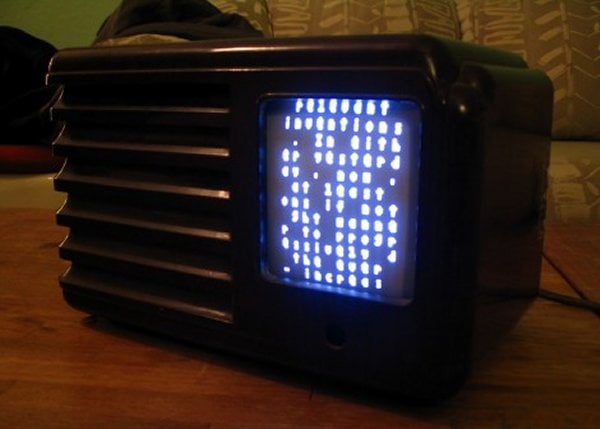 This radio-like device, dubbed the “Dymaxion Auto-Matic Buckminster Fuller” was made by Autuin from Free Geek Vancouver. The case is from an old dead radio. He bought an old Coleman multifunctional TV lantern and ripped the CRT out and put it in the case, then hooked it up to an Arduino board and programmed it to display images. 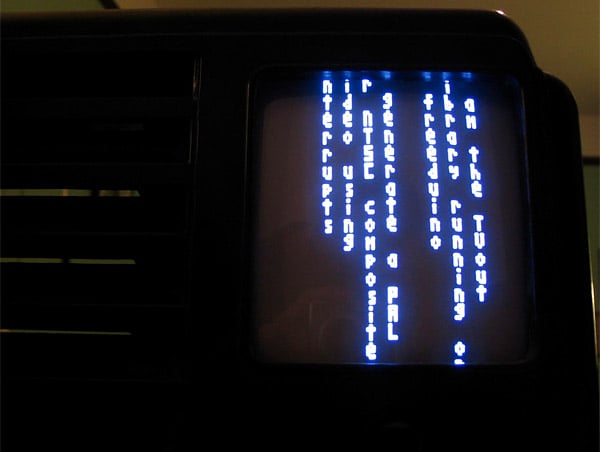 It is using a Markov algorithm to project theoretical and garbled quotes from R. Buckminster Fuller of geodesic dome fame. It doesn’t play anything, but it looks awesome and would totally be at home in the Fallout universe.

You can check out Autuin’s full build log and a little video snippet of the Dymaxion radio in action here.

[Hack a Day via Geekosystem via Neatorama]