Mario, Pac-Man and Donkey Kong already have their own energy drinks, so why shouldn’t Sonic the Hedgehog have one too? That’s exactly what designers Julie Aniela and Jak Hornblow thought when they designed this concept packaging for Chaos Emerald Energy Drink. 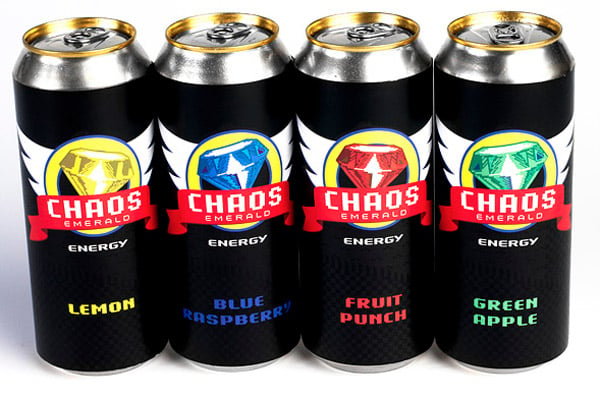 But they went one step further than just designing some cans, they came up with four different flavors – lemon, blue raspberry, fruit punch and green apple – to go with the four colors of Chaos Emeralds. The gold ring around the top of the cans is a nice touch, too. 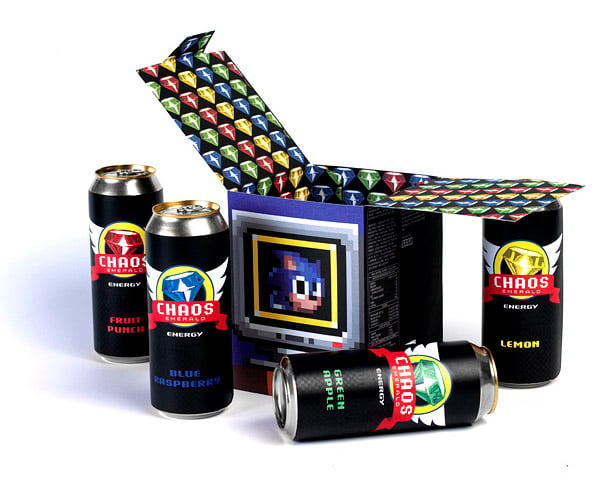 They even went so far to create a nice box for the set of four cans, along with one of those Sonic 1up icons on one side and a 10-ring prize on the other. Unfortunately, this isn’t for a real product. The packaging was designed for a photo shoot to celebrate the 20th anniversary of Sonic, back in 2011. 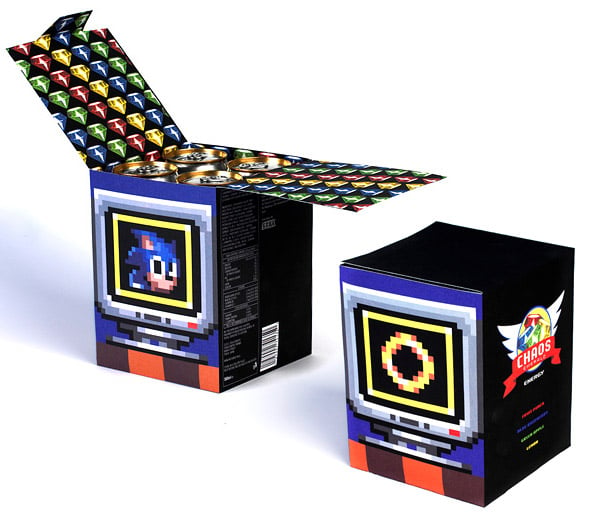 Even Doctor Robotnik would approve of these; though they certainly won’t help him with his figure. Now all they need to do is get someone to actually make these energy drinks, and we’ll be all set. Maybe they can convince Sonic Drive-In restaurants to bring them to market. I always thought they needed to do some sort of tie-in.