This wouldn’t be the first gadget which is designed to mess with infrared remote control systems, but this one is designed to work it harder, make it better, do it faster and make it stronger than any of the previous gadgets. The Ninja Remote Stealth Television Gadget and IR Jammer (or NRSTGIRJ for short) has one mission in life – to screw with IR-controlled electronics from afar. 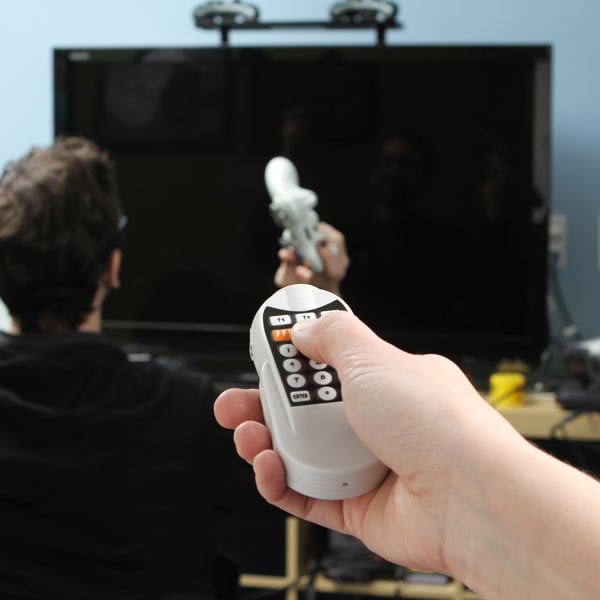 This non-descript, but suspicious looking device can take over the controls of just about any television from up to 400 feet away, and offers several modes for its pranks. First, there’s the Bomb button, which randomly changes channels and volume levels over a 5 to 15 minute period of time. Then, there’s a Jam button, which blocks out any other attempts to use regular remotes. Finally, there’s full control mode which lets you manually control key TV functions, including channels, volume, and even the video input button.

In addition to messing with TVs, it can be used to trigger the IR remote feature of many digital cameras from afar – in case you want to snap a self-portrait out of the range of a conventional remote. 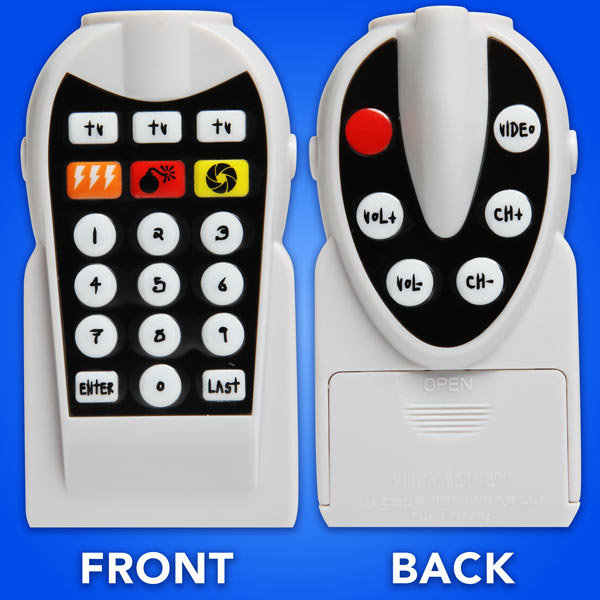 The pocket-sized gadget isn’t exactly stealthy looking, but on the other hand, you can stand pretty damned far away while using it. That said, you want to see the reaction of your victims, so you can’t stand too far back.

If you’ve got a legitimate (or nefarious) use for the NRSTGIRJ, you can grab one over at ThinkGeek for $29.99 (USD). Thankfully, the Jumbotrons at stadiums don’t have an IR remote control, or else I’m sure you’d be using one to play Battlestar Galactica reruns at the basketball game. Not that it would be a bad thing.