C-3PO and R2-D2 are precious to the Star Wars galaxy, having saved its citizens countless times and providing comic relief in a handful of instances. You can’t put a price on their contributions. Or can you? Because these scale models of the droid duo are pretty darn expensive, what with them being made with precious metals. 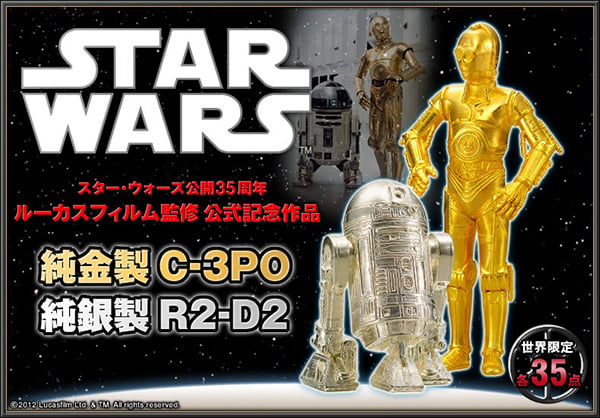 The two figurines were released to commemorate the 35th anniversary of the first Star Wars film, A New Hope. The C3-PO figurine is hollow and only measures 1.26″ x 3.94″ x 1.89″, but it is made of pure gold. Artoo’s figurine on the other hand is made of 0.999 sterling silver, but obviously it’s even smaller than the one of C-3PO, measuring only 1.41″x2.36″x1.54″. I think I like Threepio better in his dirty  golden armor. 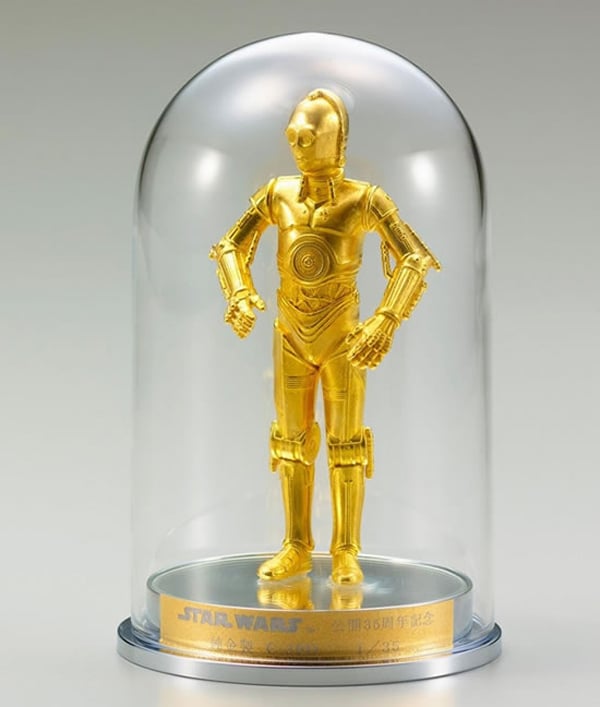 I guess they’re reserving the pure carbonite Han Solo figurine for the 100th anniversary. The figurines are available for order from a Japanese company called Imperial Enterprises Inc. 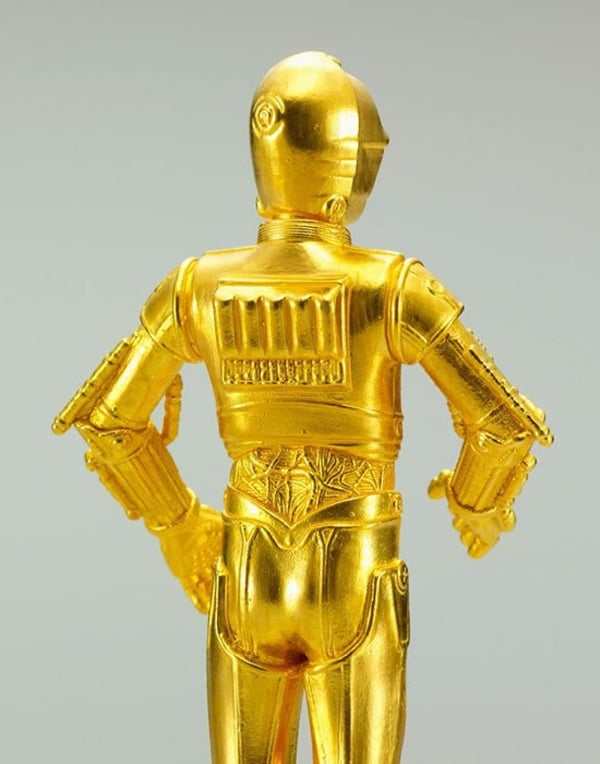 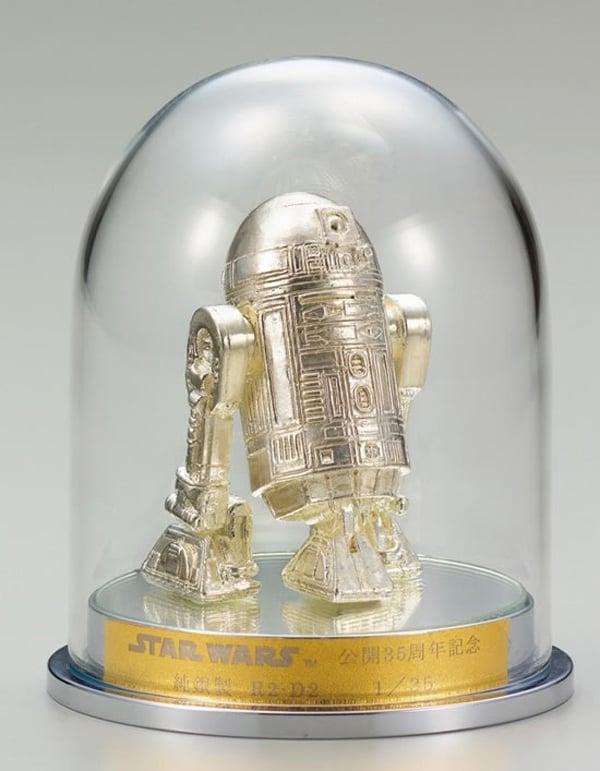 [via Crunchyroll via Luxury Launches]