It seems like The Elder Scrolls V: Skyrim has generated more than its share of memes in the short time it has been on the market. First it was the whole “I used to be an “xxxx” too, until I took an arrow to the knee.” Then FUS RO DAH got its proper share of the meme treatment. If you’re fan of the game and you play on Xbox 360, you want to get the patch coming out later this month which will let you really get your shout on. 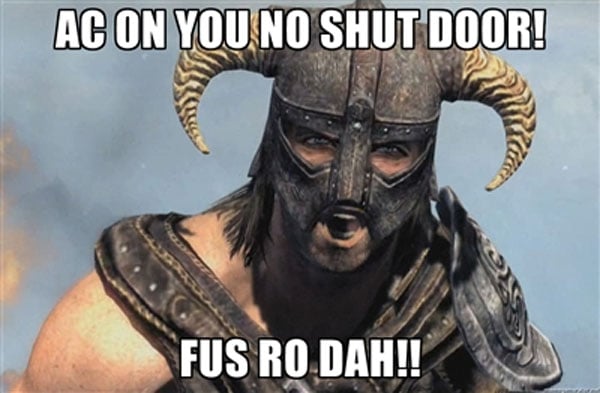 The patch will add support for over 200 voice commands on Xbox 360 version of the game using the Kinect. The most awesome part is that those commands will include dragon shouts such as FUS RO DAH. Yes, prepare anyone who lives in the home with you now before this patch lands or they will think you are crazy.

The voice commands will also support all sorts of other features including hotkey options, follower and menu commands. There will be other features added an update as well. But, let’s be honest, you’re not paying attention anymore, you’re probably running around the house screaming FUS RO DAH!