While Darth Vader and a few Stormtroopers might be dead already, and Boba Fett (nearly) perished in the Sarlacc pit, many of the other Star Wars characters have lived on. But if you’re to believe these images by artist Jeff Hulligan, several key characters are now among the dead (or the undead, if they’re Star Wars zombies.) 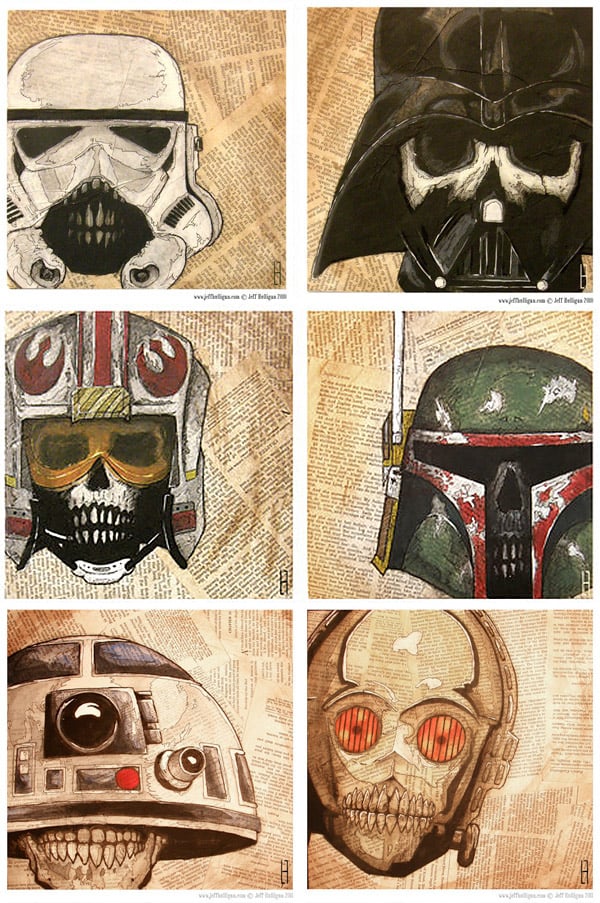 In addition to posthumous images of Vader and one of his Stormtrooper guard, we’ve got dead versions of one of the Rebel X-Wing pilots, Boba Fett, and sadly, R2-D2 and C-3P0, or as I like to call them – The Walking Droid. You may now proceed to slap me. These prints make me wonder what dead Luke, Leia, Han and Chewie might look like. Of course that could be Red 5’s skull above, but I’m going with Red Leader Garven Dreis.