Life doesn’t get any better than having a robot that serves up some beer. It’s even sweeter when that robot is shaped like Google’s Android mascot. KegDroid dispenses beer through the use of a Xoom tablet running Android ICS as its main input/control system. 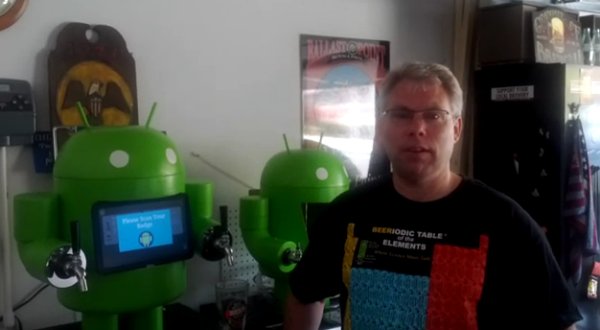 Perfect for your neighborhood geek bar, which I’m sure would also serve up some ice cream sandwiches just to keep with the theme. This guy created the robot because he was bored with regular beer. Not anymore. The Kegdroid makes it fun again.

Just use your NFC badge on the card reader, which is attached to an Arduino and this little guy will reward you with beer. It’s pretty awesome, and I wish I had thought of that. You can check out the Kegdroid in action over on YouTube.

[via HardOCP via Geeks Are Sexy]