There are already a couple of add-ons on the market or in the works to equip your iOS gadgets with a joystick. I actually have one of the original iCade units for my iPad and it’s pretty cool. However, most of the joysticks out there are pretty expensive, and they all require a Bluetooth connection, so they require batteries, and aren’t perfect in terms of responsiveness.

The new Arcadie jumps into the iPhone arcade controller market with two key differences – one, it’s aiming for a reasonable price, and two, it skips Bluetooth, avoiding the battery drain for both iPhone and controller. It does this using a bit of “low tech” trickery, using a couple of pads and a series of wires which tap spots on the bottom of your gadget’s screen, rather than any sort of electronic connection. Clever – but I’m not sure how responsive or durable this setup will be. 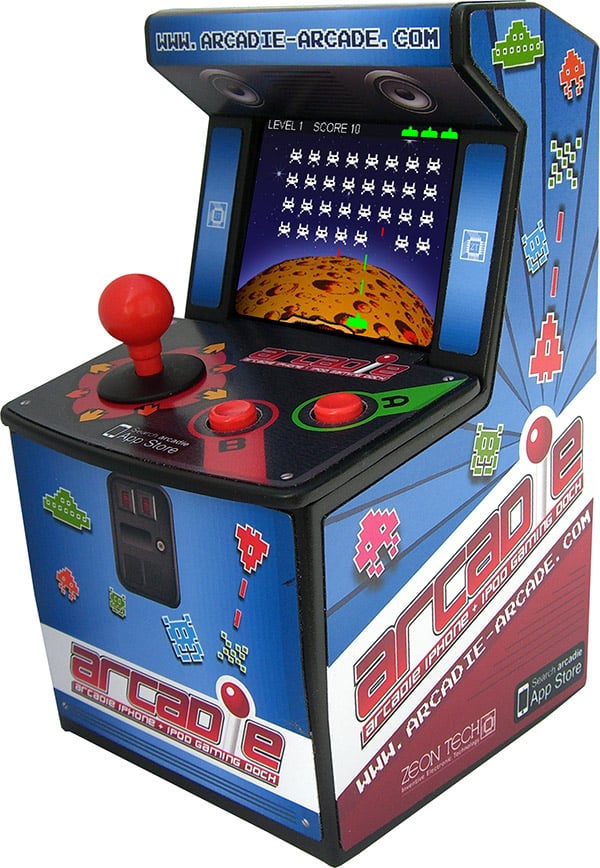 The Arcadie looks like a miniature arcade cabinet, and comes complete with an 8-way joystick and a pair of buttons for your mashing pleasure. Just pop your iPhone or iPod Touch into the dock in the back of the Arcadie, flip it into place, and start playing. At this point, there are only a handful of games, but Zeon, the makers of the Arcadie say there will be “numerous games” from the App Store at launch for free. One thing to keep in mind is that the Arcadie intentionally shows only part of the iPhone’s screen, so games play in traditional arcade landscape orientation. 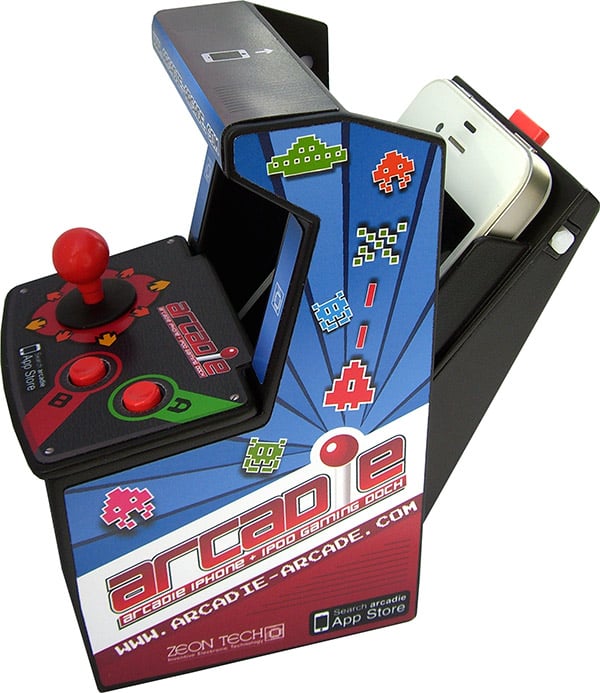 Looking on their website, there are at least six games planned – all of which are clones or similar to classic arcade games. I only wish that Apple would establish a standard API for third party controllers (at least up/down/left/right and buttons) – that way, all games could be compatible with all of these controllers. Oh well, I can dream, can’t I?

Zeon says they recently secured Apple approval, and will be releasing the Arcadie “very soon.” Pricing hasn’t been finalized, but they expect it to sell for just about £20/$30 (USD).