After experimenting with slide-out keyboards and keyboard docks in an attempt to marry the laptop and tablet, ASUS finally said, screw these weird-ass complex workarounds. Let’s just place two screens in one device. And poof – out came the Taichi. 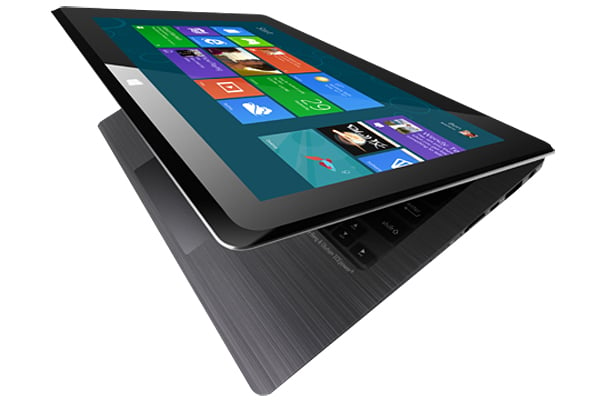 Manufacturers of laptop decals will be saddened by the lid of the Taichi, because it’s actually a 1080p IPS touchscreen. Things are quite normal on the other side as far as new laptops go – there’s another 1080p IPS screen, a backlit keyboard, trackpad, two USB 3.0 ports, a micro-DVI port and a mini-VGA port. The Taichi is powered by Intel Ivy Bridge Core i7 CPU, SSD storage and 4GB RAM. Both screens also have their own front-facing cameras.

The touchscreen can mirror the display of its twin or be used independently, so you and a friend can chat to each other on one device. Now that changes everything.

Like many so-called Ultrabooks, the Taichi will be available in 11.6″ and 13.3″ models. Its specs sound pretty standard for a portable device, and that is what makes it so awesome (at least on paper): there seems to be no compromise on either half. I think we have to give the dual-serving Windows 8 credit for enabling this device to exist.

[via ASUS via Engadget]