Return of the Jedi BTS Footage Shot in Sand-O-Vision

This may be the coolest bit of Star Wars geekery that I’ve ever seen. As the story goes, the video you can see below was shot back in 1982 by some young fans using some sort of video camera. I really feel for these guys, they were dedicated to their Star Wars cause. In the early 80s, video cameras were gigantic. To lug that camera out into the hot Arizona desert took dedication. 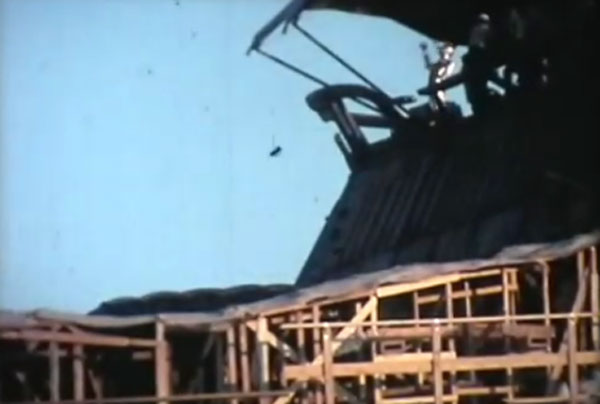 The result of the dedication is the only fan-shot behind-the-scenes footage I’ve seen. The old footage has been converted to digital and placed on YouTube. The setting is the sandbar and seen from Return of the Jedi. You can see the scene where the lightsaber battle takes place on Jabba’s barge.

Too bad there’s no sound, I would’ve loved to hear what was being said as the scenes were being filmed. The video spans 7 minutes and you can see Luke, R2-D2, Slave Leia, and Boba Fett. It’s too bad the guys didn’t shoot some more footage of Leia in that bikini.

[via The Daily What]