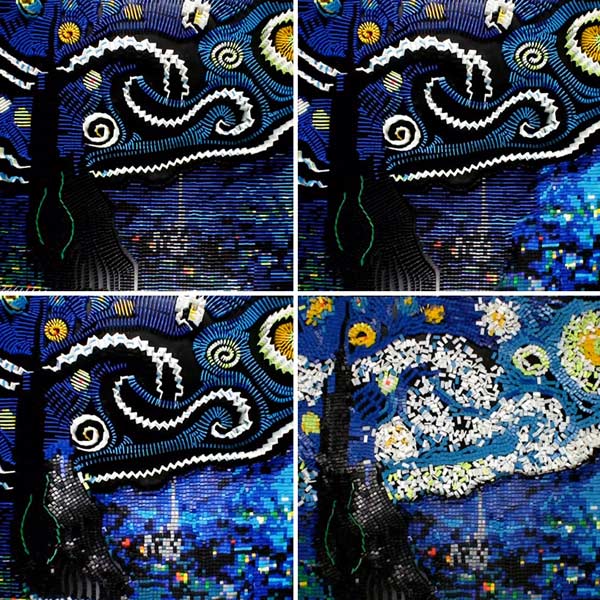 It took FlippyCat 11 hours and 7,067 dominoes to build his version of Starry Night. There was also a first failed attempt, which you can check out in the video below. The dominoes were stacked, arranged, and aligned in a three-dimensional configuration. Once initiated, the domino chain reaction caused all of the dominoes to fall in a cascade whose final result gives an even more impressionistic rendering of the painting.

If I had to build this, there would have been more than just one failed attempt! 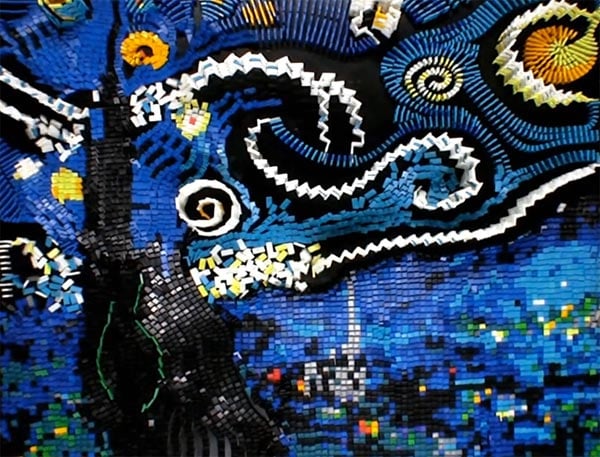