Slave Leia Flash Drive is Chained to your Data 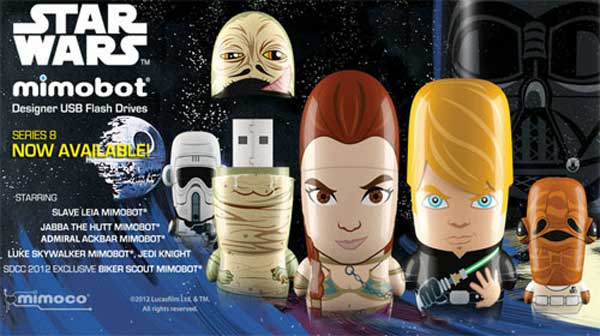 Any male geek out there who is a fan of Star Wars probably remembers one specific scene from Return of the Jedi and that would be the scene where Princess Leia is clad in a gold bikini and chained to Jabba the Hutt. 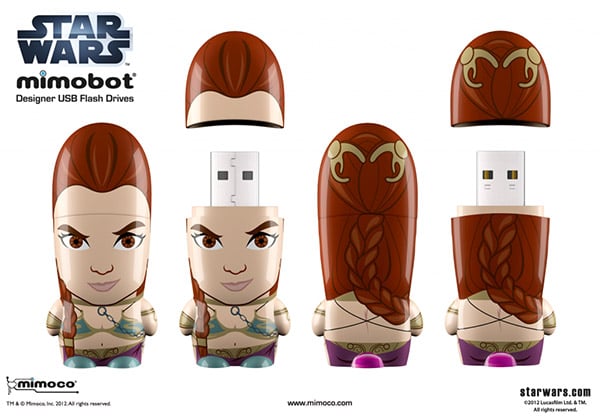 Mimoco is offering that Slave Leia flash drive complete with a chain around her neck and a bikini top. Granted the curved nature of the flash drive makes slave Leia a bit more portly than she was back in the 80s.

The series also includes a Jabba the Hutt flash drive, Admiral Ackbar flash drive (It’s a trap!), and Luke Skywalker Jedi drive. While that Princess Leia flash drive is most appealing to me, anyone intent on collecting these Mimobots want to keep an eye out at San Diego Comic-Con for a very limited edition Biker Scout drive. Only 1000 of those will be made and they will only be available at Comic-Con. The drives are available in 8 GB to 64 GB capacities here.