I’m sure most of us have watched zombie shows such as The Walking Dead and wondered if we would be able to survive a zombie apocalypse. An entrepreneur named Mark Siwak has a seriously awesome idea for a theme park that would let you find out how you would fare if zombies were to attack. The man has a plan to make a theme park using abandoned and derelict areas of Detroit called Z World. 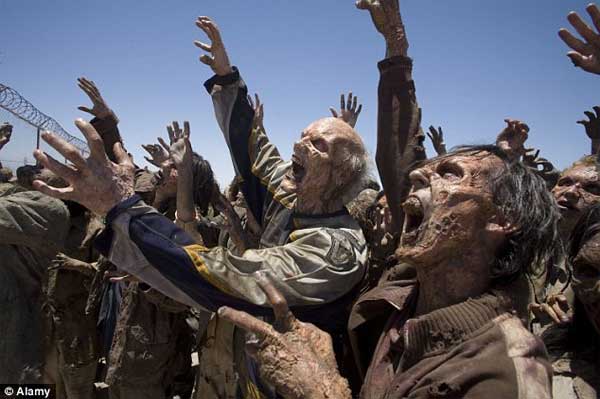 The idea is that people would come to the theme park in pay to enter a 200-acre apocalyptic style abandoned urban setting where you can run and hide from zombies to your heart’s content. The idea would be to see if you can take refuge in the abandoned buildings and survive the zombie horde. Sadly, you won’t be able to try out your Crovel at Z World.

Siwak believes that this theme park could employ hundreds or even thousands of people in the Detroit area to shuffle around in zombie makeup and work other areas of the park. However, some think the plan is nothing more than an attempt to capitalize on Detroit’s woes. Apparently, Detroit has lost approximately area 1.1 million citizens since 1950 leaving massive areas uninhabited and crumbling. That sounds like the perfect place for a zombie theme park to me. For now, we’ll have to settle for this.