I’m going to start saying that I’m taking this with a huge grain of salt. This robot looks very realistic, yet has a somewhat cheesy and viral attempt feel to it at the same time. Watch the video for yourself and see what you think. The video is supposed to be a how-to video from a company called Suidobashi Heavy Industry. 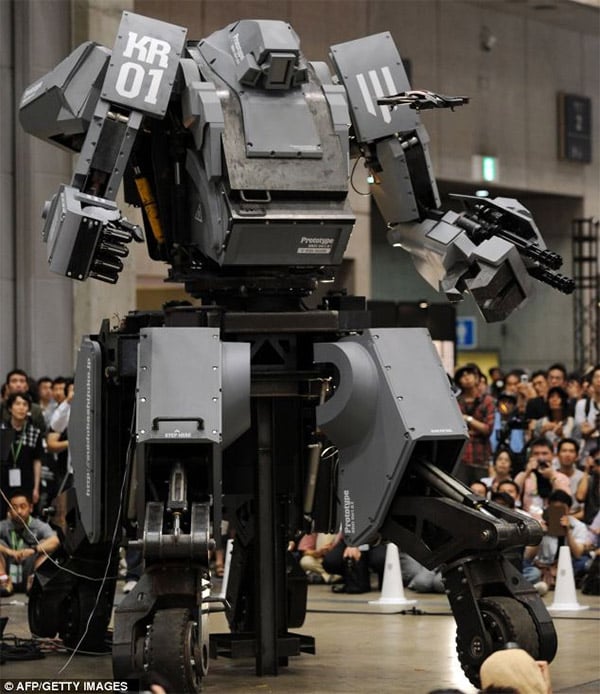 The video goes over how to ride a robot called the Kuratas. The 13-foot-tall wheeled robot is clearly a nod at the Mechwarrior series of video games and any number of Japanese animated shows. In the video, you can see petite Japanese woman climbing into the chest cockpit cavity of the robot and going over the controls, including a remote smartphone-operated mode.

The controls look easy-to-use and seem realistic. You’ll note on the left arm there are twin multi-barreled cannons. How scary would it be as a soldier on about film to have one of these massive robots come walking up? The video claims the top speed of the bot, which has a torso and two arms but rolls on wheels, is 10 km/h. The bot uses a diesel engine and can be driven in high or low modes. The missile launcher appears to be packed with water bottles and will “from time to time” hit its target.

If this is just a fake viral video, it’s extremely well done. If it’s real, we could soon have mechs walking the streets of Tokyo.