Flexible Starfish Robot Can Camouflage Itself

In November of 2011, we talked a bit about a soft, flexible robot that was powered by compressed air. The Harvard University team that designed that soft and flexible robot is back with an updated version of the same air-powered robot that can camouflage itself. The camouflage properties can allow the robot to blend into its environment. 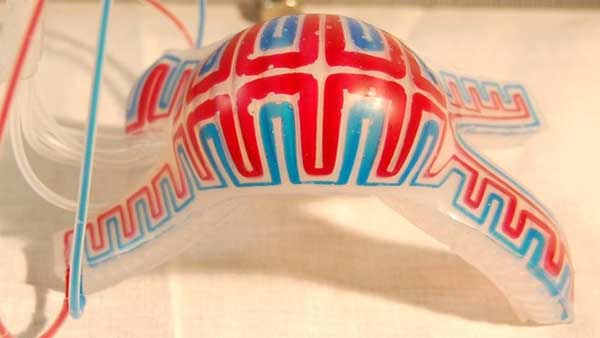 Just like the robot from last year, this soft and flexible bot moves when compressed air is pumped into cylinders in the legs. The camouflage system takes cues from those found in cephalopods such as the octopus and squid. In the current design, dye is pumped through small channels inside the robot to quickly allow it to blend into its environment.

According to the researchers working on the project, cold or hot fluid can also be pumped into the robot to allow it to thermally hide itself from heat sensing cameras. The robot currently uses an external reservoir for the dye, but researchers developing the robot say in the future it could be integrated inside the robots body.