It’s a tough job, but somebody has to slice all of those noodles in China, and Chef Cui is taking on the task. This noodle-slicing robot was developed by Cui Runguan, a Chinese restaurateur and it is now being mass-produced and sold in China. 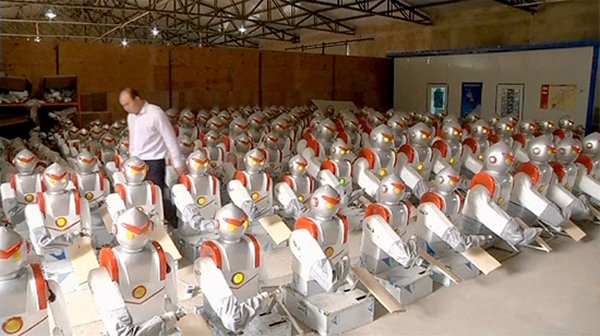 He slices noodles into boiling water and that’s it. The robot has no fancy bells and whistles. Although it does light up for some reason. Maybe to slice noodles at night. This might actually be cheaper for restaurants to purchase instead of employing humans – assuming that there’s some worker standing around whose only job is to cut up noodles all day.

These robots cost about $2,000(USD), while the average worker makes about $4,700 a year. Too bad for the workers. There goes another job that humans used to do.

[via Eater via Geekosystem]