R/C toys are fun. Whether it’s driving, flying or navigating the the waterways, it’s all good. It’s even cooler if you are capable of customizing your R/C craft. R/C hobbyist Chris Allen knows a thing or two about that, having built this awesome 70MM EDF JET powered Batwing from scratch. 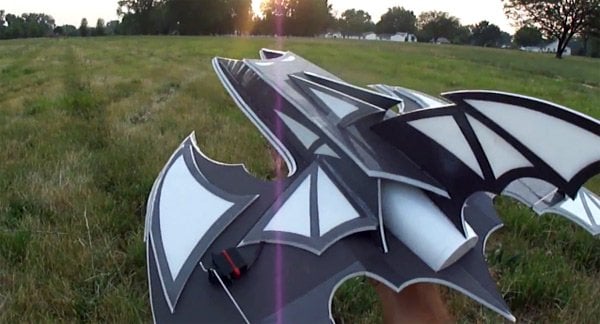 It not only looks awesome, it also really flies and flies fast too while flipping around in the air. Chris has been building and designing R/C planes for the past 10 years and right now he is into scratch-building anything to do with Batman. My kind of builder.

Now he just needs to build a Joker plane and take the fight to the skies for the ultimate flying duel. Make sure you watch the videos. This thing is amazing in flight. I’m sure would have your Batman action figure pulling massive Gs in the cockpit.