A few days ago we saw a desktop computer with tablet features. Navarre Bartz is working on a tablet with desktop PC features, namely a swappable processor. 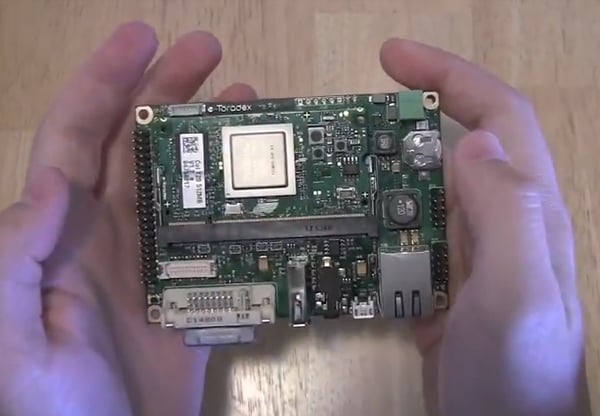 Bartz entered his concept into Instructables and Jack Daniel’s Independence Project. Bartz’ concept is based on the Toradex Colibri, an ARM-based all-in-one module with an nVidia Tegra 2 CPU. The idea is to have the CPU module plug into a baseboard where all the other components are installed. When a newer processor comes out, you simply open up the tablet, unplug the CPU module and replace it with the newer one, similar to upgrading parts on a desktop computer.

Aside from the CPU, Bartz also mentioned on YouTube that he was considering making the Bluetooth, GPS and Wi-Fi components upgradeable as well. That’s a far cry from today’s tablets, where the only hardware upgrade that can be done comes in the form of swapping SD or microSD cards to expand storage capacity, and even then not all tablets have this feature.

[via Liliputing via Ubergizmo]