People are probably starting to feel the pressure when it comes to proposals with all this news about guys coming up with ingenious ways to propose to their girlfriends (and vice versa).

30-year-old Russian businessman Alexey Bykov is no exception. So he thought long and hard and finally decided to give his bride-to-be the proposal of her nightmares. 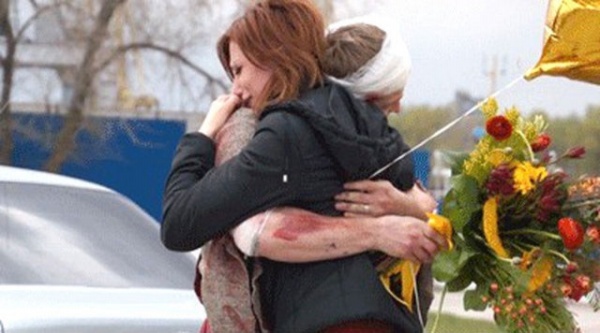 Here’s what Alexey did: he covered himself in a lot of blood and had a group of co-conspirators pretend that he had figured in some bad car accident. Ambulances and mangled cars surrounding him at the scene of the purported accident help make the entire thing more believable.

His girlfriend says: “When I arrived there were mangled cars everywhere, ambulances, smoke, and carnage. Then when I saw Alexey covered in blood lying in the road a paramedic told me he was dead and I just broke down in tears.”

When Alexey had seen enough, he brought himself back from the dead and proposed to her. Lucky for him, she said yes. If that were me, I would’ve probably slapped him silly before giving my answer. I doubt there’d be any girl out there who’d be pleased with an “I’m-dead-but-not-really” type of proposal.

So why’d he do it? Alexey explains: “I wanted her to realise how empty her life would be without me and how life would have no meaning without me. I think it worked but I promise it’s the last time.”

That sounds a little thick-headed but apparently, it worked. At least, for him.