Last week, we came across a leaked image of Sony’s purported new high-end, full-frame camera, the Cyber-shot RX1. Well, Sony has confirmed the launch of the new camera, and it’s quite an impressive (if expensive) little bit of digital imaging technology. 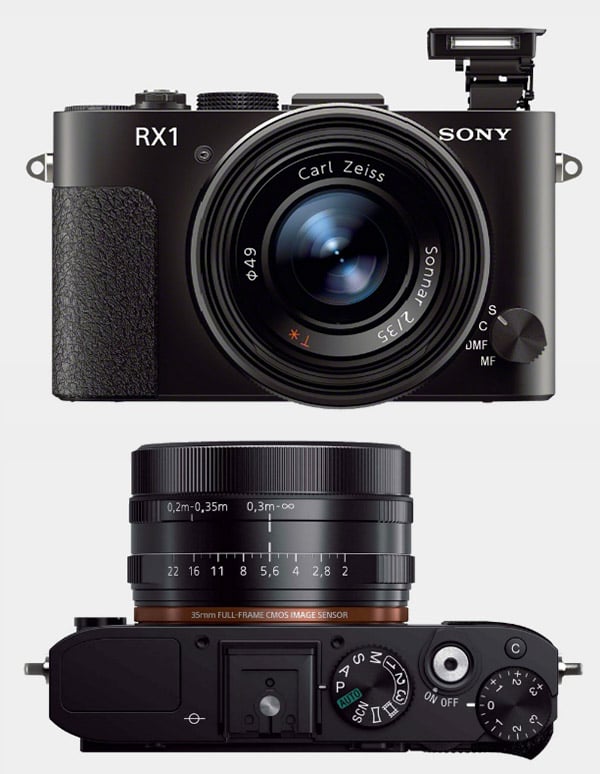 Well it turns out that everything we knew about the camera at the time was correct, and now we have complete details and specs in hand from Sony themselves. Priced at $2799.99(USD), the RX1 is clearly targeted at serious digital photophiles. The palm-sized digicam offers a full-frame 35mm Exmor CMOS sensor, capturing still images at 24.3 megapixels. It can store images in full 14-bit RAW mode, and offers complete manual control. ISO range is rated from 100-25600, and it looks like it can capture awesome images in low light.

Perhaps the most controversial feature of the RX1 is its fixed lens. It’s got an f/2.0 Carl Zeiss Sonnar T lens with 9 aperture blades, and has a macro mode for amazing up-close images. A high-speed auto-focus system can get images in focus in as little as 0.13 seconds.

The camera also has a built-in pop-up flash, and a hot-shoe for accessories like a full-size flash or external viewfinder. On the back is a 3″ LCD screen with a super-sharp 1.2 million pixel resolution, and optimized for daylight viewing. It’s also got a handy feature – a digital level – so you can make sure you’re getting perfectly level shots when you set up your tripod. In addition to the full manual control, the RX1 offers Intelligent Auto mode, SteadyShot image stabilization, face detection, auto HDR, effects and sweep panorama modes. Though if you’re resorting to such features, you’re probably not the target audience for this high-end camera.

The Cyber-shot RX1 will be released on or about 12/19/2012, and you can pre-order the camera over at the Sony Store now.