We’ve seen a few Steve Jobs action figures try to come to market over the last few years. So far, Apple has stepped in and crushed every single one of those action figures. An artist going by the name XVALA has decided to make his own Steve Jobs “sculptures” that are sure to come under fire by Apple’s legal squad. 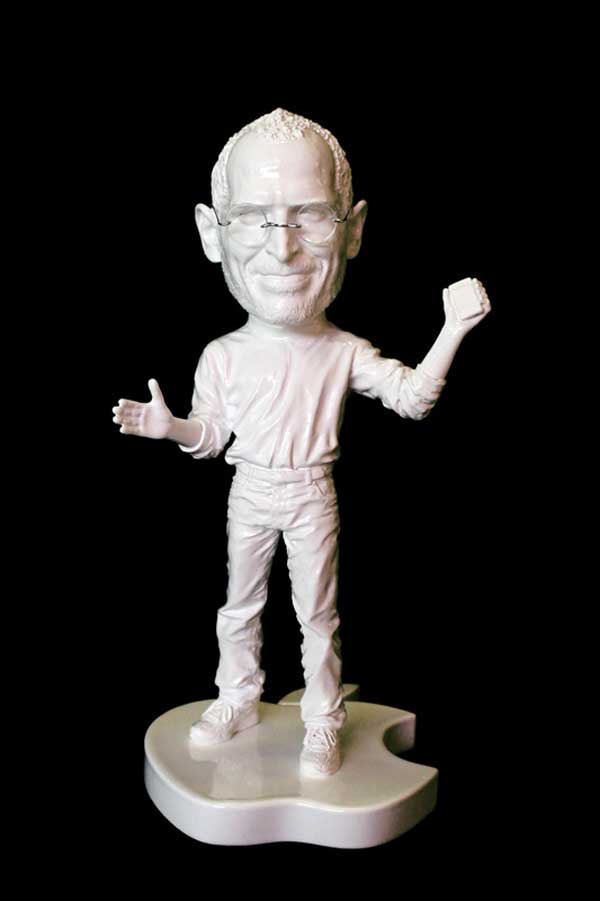 The artist started by using M.I.C. Gadget’s Steve Jobs action figure that was discontinued after Apple’s legal team laid into the company. The action figure shows Jobs wearing his trademark attire, and holding an iPhone in his hand. To make the statuette his own, XVALA uses his patented plastic porcelain material to coat the action figure turning it into a “work of art.”

According to the artist, the plastic porcelain material is mixed with the resin made of recycled trash from Steve Jobs’ home. The artist is also creating a sculpture coated in black to bring attention to the Foxconn manufacturing plant suicides. The sculptures are being displayed in the Corey Allen Contemporary Art Gallery and gallery owner says the production of the sculpture will continue with or without Apple approval.