LEGOs can be used to make all sorts of contraptions, but I never thought about making a record player out of them. But that hasn’t stopped numerous people from attempting the task over the years – as you’ll find if you do a search on YouTube. 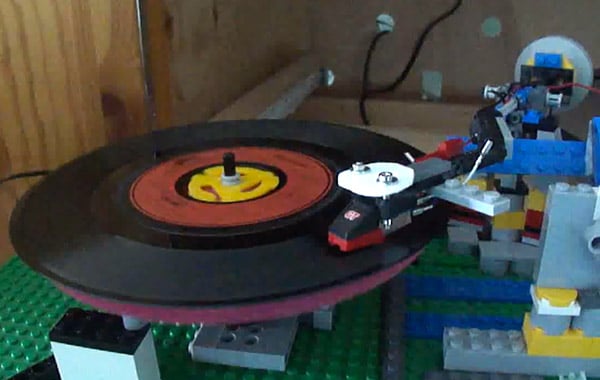 YouTuber Old Music on Vinyl’s LEGO turntable is fully-functional, and has LEGO and Technic components for the base, mechanism and the parts that hold the arm. The platter itself isn’t a LEGO part though, and is actually a giant gear from a toy kit called “The Gear Box.” Of course when I say “fully-functional,” that doesn’t mean that records play properly – something about the instability of the player causes records to play with a horrible, warbly tone that sounds like it came out of a horror movie. Or maybe something you’d hear in the background after Rapture floods in BioShock 2.

Wow, I’m going to have nightmares with that song going through my head now. That sounded like ABBA on quaaludes. So maybe LEGO isn’t the most practical tool for building a good record player, but it’s still kind of cool that people are trying.