One of my favorite guns in the history of video games has to be the Gravity Gun from Half-Life 2. Perhaps my second favorite is the Aperture Science Handheld Portal Device, which admittedly is more of a tool than a gun. Now, the smart guys over at Hack-a-Day have combined them both – sorta, kinda. 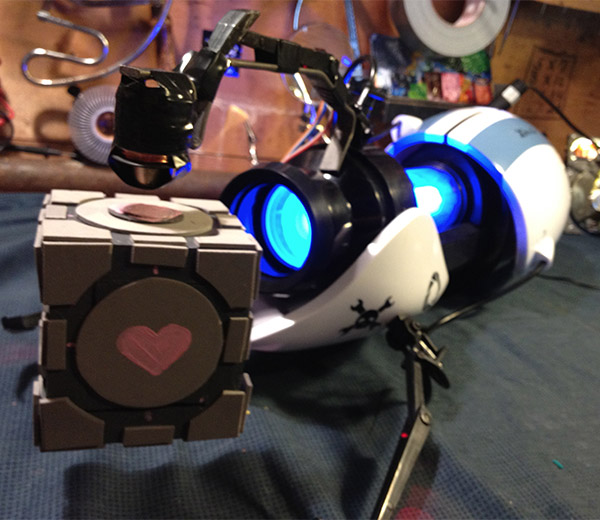 How, you might ask? Caleb Kraft took his off-the-shelf model of the Portal gun, and added a levitation device to the front of it – currently capable of lifting a small model of the weighted companion cube. He achieved this by hacking his StellaNova magnetic levitating globe and tearing the magnetic coil from the desktop plaything (throwing the Earth off its axis and ripping a hole in it in the process.) He then attached the coil to one of the arms of the Portal gun, and attached the magnet from inside of the globe to a foam model of the companion cube.

Cool, no? Unfortunately, the magnetic levitation field doesn’t hold up well to movement, and can’t really lift anything very heavy. Too bad. I was really looking forward to picking up some circular saw blades and flinging them at zombies this Halloween.