Thing is one of Marvel’s coolest superheros. Well, aside from Spidey, Wolverine, Iron Man, the Hulk and… Okay, so he’s not an A-list Marvel superhero, but he’s still pretty awesome in my book. He’s definitely the coolest member of The Fantastic Four. 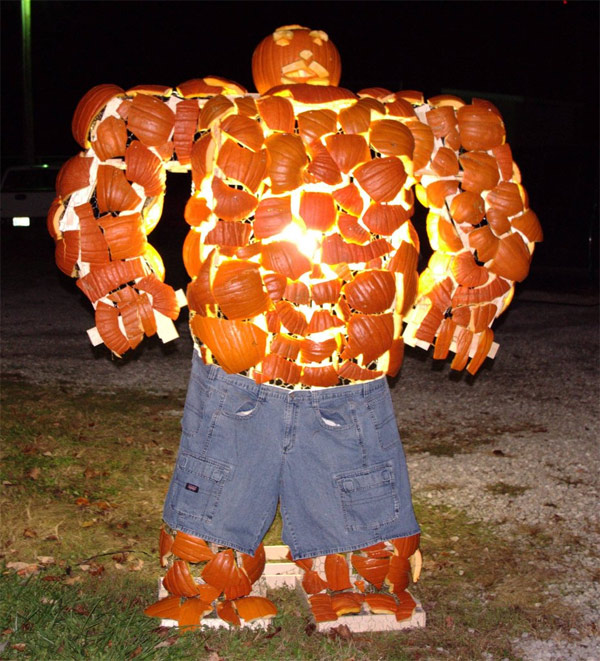 And that is probably why redditor Wizardtig created this life-sized version made from 11 busted-up pumpkins. I have to say, pumpkins make some surprisingly good Thing skin. This statue stands 6’4″ tall, and is even built on a custom wood platform. 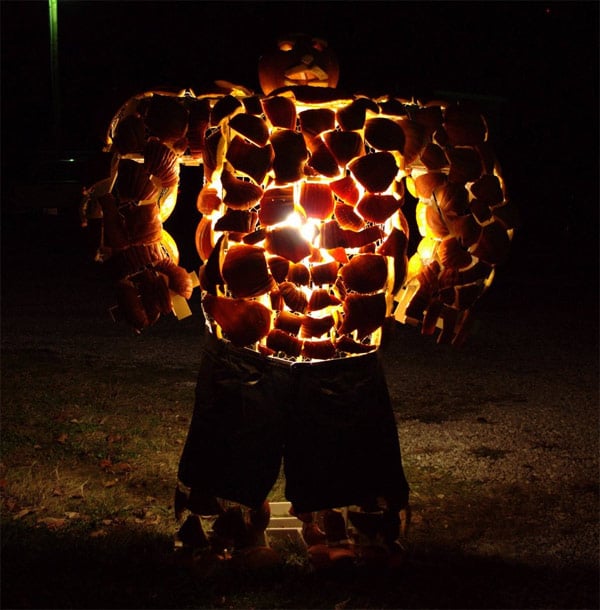 The whole thing is lit up from inside and you just know that the neighborhood kids are loving this. Awesome job, Wizardtig. You know how to use smashed pumpkins better than anybody.