Light painting can be a pretty awesome technique, which involves the capture of a moving light source, using long-exposure photography. Photographers have created some pretty amazing images using the medium, but it can be complicated to pull off unless you know exactly what you’re doing, and have a camera with full manual exposure controls. Now the fine folks at Japan’s Takara Tomy Arts have released a little gadget and app combo which makes it easy for anyone with an iPhone or iPad to make their own light paintings. 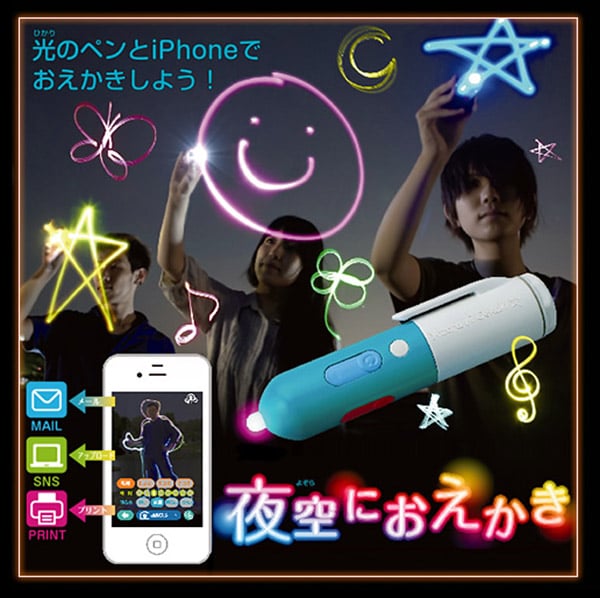 This little penlight gadget, thats name roughly translates to “Oekaki: The Night Sky” provides a bright, point source of light, and works with a companion iOS app to let you record long-exposure images. Simply start up the app, place your phone in the included base (or stand up your iPad), and start drawing in space. The penlight itself lets you choose from combinations of cyan, magenta or yellow light in 8 levels each, providing for a total of 27 colors for your images, and you can shoot either stills or time-lapse video with the app. 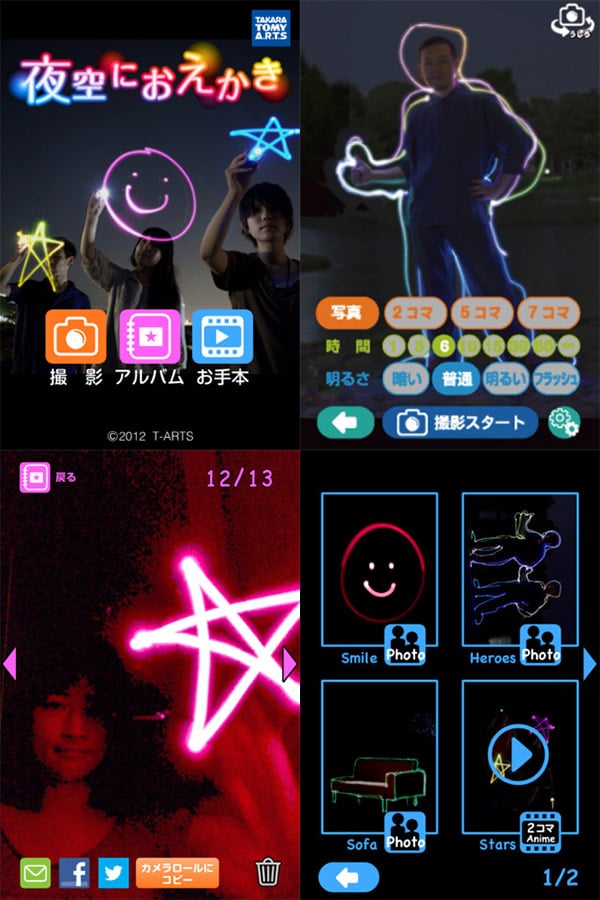 You can check out the app and pen in action in this clip (though it is in Japanese, it’s pretty easy to follow), or you can download the app itself for free here – though you’ll really want to have the light pen or a good point light source to make it work. I tried it out with a laser pointer aimed at the wall and it worked pretty well.

The app and light pen combo makes it shockingly easy to create light paintings. While the gadget was designed for Japanese markets, you can pre-order one for worldwide shipment over at Gizmine now for $69.99 (USD) with an estimated ship date of November 20th.